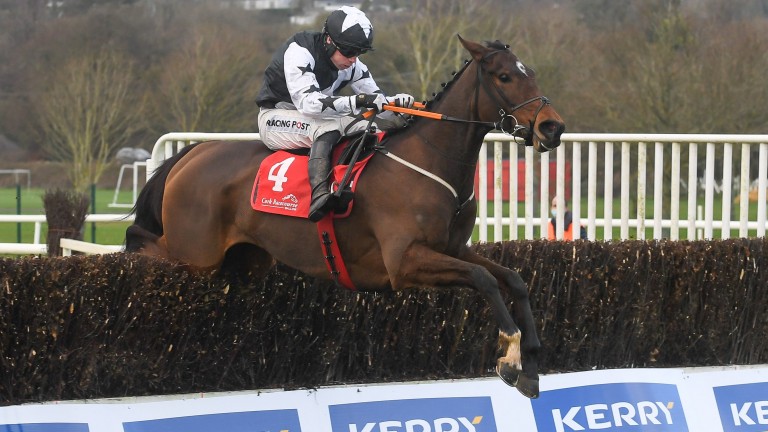 The effects of faster ground and professional riders on the traditional amateur riders' races at the festival were demonstrated on Tuesday. In the National Hunt Chase there are normally more horses back in the stables by the time they reach the third-last than were still in contention this year.

It is best to treat the Kim Muir as a standard 0-145 this year, as that is exactly what it is. The important distinction now, relative to other handicap chases at the Cheltenham Festival, is the ratings ceiling.

The Ultima, Grand Annual and Plate have no ceiling and, respectively, six, 11 and seven of the runners in those races this year would have been too high for the Kim Muir. Assuming full fields (normally a given, not this year), that is a large chunk of lower-rated entrants that fail to get a run.

It has been demonstrated, at least on the Flat, that in top-tier handicaps the lower the floor, the harder the race is to win. There are signs of that in the Kim Muir, which is at least as friendly to novices as the other handicap chases in spite of the usual restrictions on riders.

Mount Ida is the best fit as far as the unexposed types go, with just three chase runs behind her including a win at Grade 3 level against her own sex. The Nick Mitchell-trained Milanford is even less exposed, with three runs over fences his only starts under rules after a fairly inauspicious career in point-to-points.

The novice that takes my eye is Morning Vicar, who was second to Demachine in one of the season's warmest early-season novice handicaps and subsequently won at Newbury. He floundered on soft next time and might well have been saved for better ground.

Also take a look at Crievehill. There was no fluke about his Haydock win in November 2019, not that you would know it from subsequent results. He is worth one more chance off a reduced mark moved away from the mud.
Race analysis by Keith Melrose

Tom George, trainer of Double Shuffle
He ran well at Kempton last time and he seems really well since. The Grand National is his aim and we thought we’d go for this as a good target on the way there.

Denise Foster, trainer of Mount Ida
She's a lovely, honest mare. It looks like this trip is what she wants and we've been looking forward to running her.

Kerry Lee, trainer of Storm Control
He has excelled at Cheltenham this season and he should really love the ground. We decided this race would suit him better than the Ultima.

Philip Hobbs, trainer of Deise Aba and Musical Slave
Deise Aba ran very well in the race last year and was back to form when he won well at Sandown last time. He seems in good form so must have a chance. Musical Slave maybe slightly lost his confidence after unseating Richard Johnson at Doncaster and ran okay at Ascot, so hopefully he will build on that.

Paul Nicholls, trainer of Shantou Flyer
He likes it around there. He needed his two races so hopefully the fitness will negate the 5lb rise he got for his run at Wincanton. 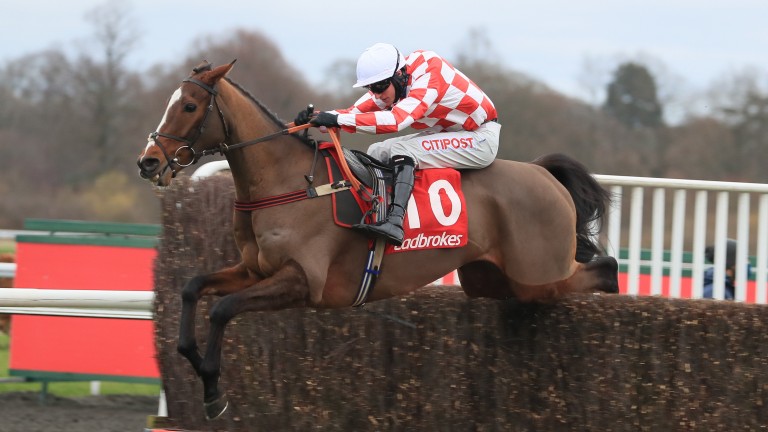 Jack Channon, assistant to Mick, trainer of Hold The Note
He's in great form and had a wind op before his last run, which has had a positive effect. We feel he's come on for that run and we hope the trip will suit. We think he's got a nice chance.

Henry de Bromhead, trainer of Plan Of Attack
He's in great form and we've freshened him up for this. The better the ground, the better he will be. We're putting blinkers on him for the first time in the hope they will sharpen him up a bit.

Warren Greatrex, trainer of Bob Mahler
It's been frustrating this season. He pulled up on his first run and the saddle slipped on the next two. He ran a cracker last time and he loves better ground. He was third off 5lb more last season so I'd be surprised if he didn't run a big race.

Nicky Henderson, trainer of Morning Vicar
I think he's got a good chance. He was running really well in the autumn, loves good ground and is particularly well at the moment so we thought we'd give it a go.
Reporting by Jonathan Harding