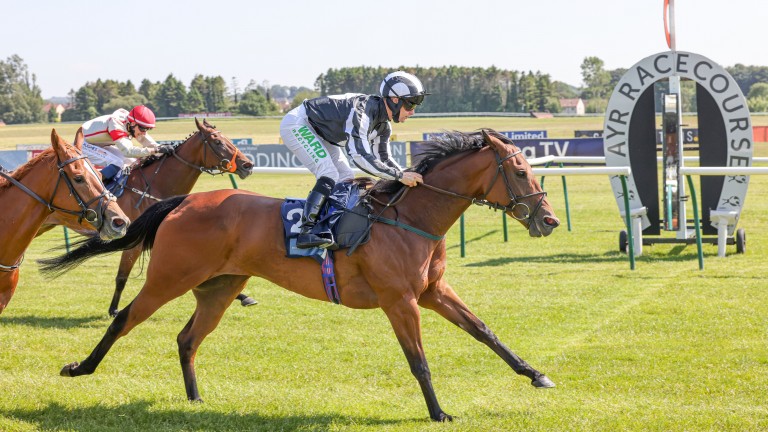 It was a quick turnaround for the John Quinn-trained filly, who was a highly creditable 50-1 fifth in the King’s Stand at Royal Ascot only a week ago.

The four-year-old finished just a head behind Battaash that day, and was odds-on favourite to land Tuesday's 5f feature.

Keep Busy's three parts of a length victory emulated her dam, Look Busy, who won the race in 2008.

Winning jockey Jason Hart said: "She's a tough cookie. As a two-year-old she only got better the more racing she got. The boss found a good opportunity to get her head back in front today." 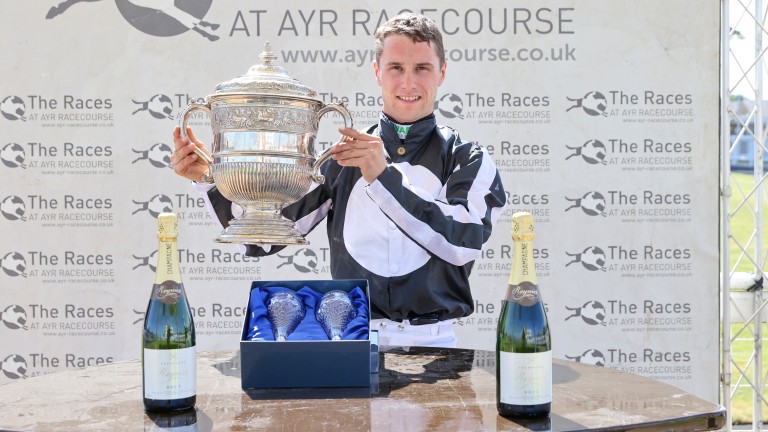 Hart quickly went on to land a double with the Tristan Davidson-trained Greengage in the 1m5f handicap.

Drama from start to finish as Jardine lands 25-1 winner

The 6f maiden was filled with drama, as the top two in the betting were withdrawn at the start.

The Kevin Ryan-trained Monsieur Jumbo had been backed into 7-4 favouritism, however he was withdrawn on veterinary advice after being kicked in the stalls.

Meanwhile 5-2 shot Beltane refused to enter the stalls and was also taken out of the race.

The withdrawals left the Iain Jardine-trained debutant St Andrew’s Castle to narrowly edge out the David O’Meara-trained Stromboli in a photo-finish.

St Andrew's Castle was friendless in the market beforehand, but scored by a nose under jockey Andrew Mullen.

FIRST PUBLISHED 6:01PM, JUN 22 2021
She’s a tough cookie. The boss found a good opportunity to get her head back in front today

Hollie Doyle stars on opening day of Glorious Goodwood with 122-1 hat-trick 'He's got the lot' - Dynamic Force has Cowell excited after sparkling debut Nasty incident for Hart as jockey is stood down after being kicked by his mount Quick ground the key as Marie's Diamond battles to first handicap success 'We're expecting a bold show' - can Diamond make class count in a handicap?