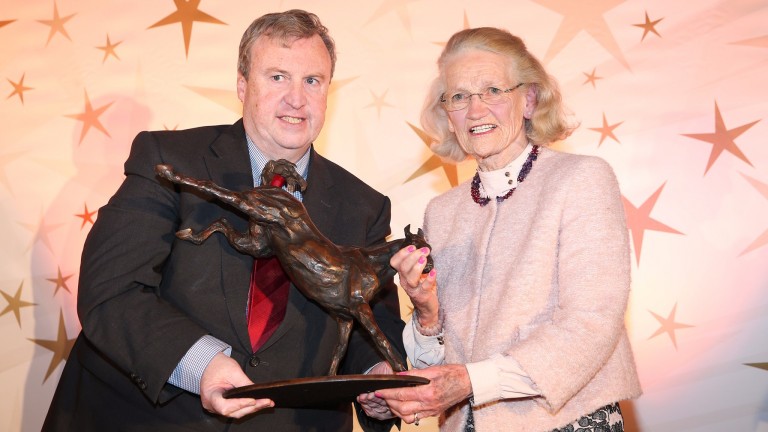 A defiant Brian Kavanagh has declared his intention to see out his new five-year contract at Horse Racing Ireland and rejected the suggestion he canvassed for his own reappointment, which would be a contravention of state guidelines.

Kavanagh's position as CEO has come under renewed pressure following the release of documents under the Freedom of Information act. His reappointment in September for an unprecedented third term was shrouded in controversy as it contravened state guidelines, which recommend that CEOs of state bodies serve no more than one seven-year term.

"I was reappointed to do a job and I intend to do it," Kavanagh told the Racing Post yesterday when asked if he would be considering his position in light of the adverse publicity.

"There are plenty of challenges and plenty of opportunities ahead. There is an important job of work to be done, and that is what the board want me to do."

However, some members of the HRI board have privately expressed frustration at the attention Kavanagh's reappointment continues to attract.

The Racing Post has seen documents released under the Freedom of Information act, in which Kavanagh requests that HRI cover the cost of his undertaking a course in corporate governance at University College, Dublin.

In a letter he drafted on behalf of HRI chairman Joe Keeling, Kavanagh wrote of himself: "He has always placed a very high priority on standards of governance and Horse Racing Ireland has not been subject to the type of adverse comment or scandal that has happened in many other state bodies."

When HRI board members were quizzed by members of the cross- party agriculture committee in October, an independent review of corporate governance was recommended.

Asked yesterday if he felt the media attention had undermined his position, Kavanagh said: "I think the company [HRI] takes a high standard on governance. Obviously the situation now has brought adverse publicity, but the governance process within the organisation is strong and it is something that is taken seriously."

Kavanagh also defended drafting letters on behalf of Keeling, including letters proposing his re-appointment. In December 2014, he drafted a letter to then department of agriculture secretary general Tom Moran.

Kavanagh provided a similar draft on behalf of Keeling to the department's new secretary general, Aidan O'Driscoll, in November 2015.

The letters, signed and sent by Keeling, formed the genesis of the business plan presented to minister for agriculture Michael Creed.

"That would be normal practice – not just with Joe but with Denis [Brosnan, Keeling's predecessor]– to draft correspondence," Kavanagh said.

"They would make whatever changes they would want to after sitting down and discussing things. That's normally how a CEO and a chairman would operate."

When it was pointed out to him that any changes were minimal, Kavanagh replied: "Yes, but it is the chairman's letter. That is common practice in business and it certainly is here, not just in relation to this but most issues."

Pressed on whether it was inappropriate practice, he said: "No. I was requested to draft it by Joe, so no."

Section five of the public service appointments code of practice states: "Candidates should note canvassing will disqualify them and result in their exclusion from the appointment process."

In the drafts, Kavanagh also makes the case for himself being "the most senior horseracing administrator in Europe".

He also wrote: "He is undoubtedly the most qualified person to serve as CEO of Horse Racing Ireland and the board are most anxious his skills will be retained within Irish racing.

Asked if he felt he was putting words in Keeling's mouth, Kavanagh said: "No – he was happy with that. That's his view. We discussed it and it is a statement of fact, by that I mean I am one of the longest serving administrators."

In September, in internal correspondence, Kavanagh, whose €190,000 salary also exceeds current state guidelines, compared having to vacate his position in five years to that of redundancy.

Concerned that he would be at a disadvantage, he observed that those receiving redundancy after a similar length of service to his would be entitled to two years' salary.

"I wasn't looking for any guarantees," he said yesterday in response to the suggestion that he was looking for a two years of severance pay.

"I asked the remuneration committee to consider what would happen at the end of my tenure. That was just contractual negotiations. I hoped there would be some recognition for my length of service at the end of my career."

When the board members came before the oireachtas committee, the issue of a potential contract of indefinite duration became a central issue.

The released documents, which run to hundreds of pages, confirm that Kavanagh had been locked in contract negotiations since early in his first term, but he reiterated yesterday he would not seek to continue beyond 2021.