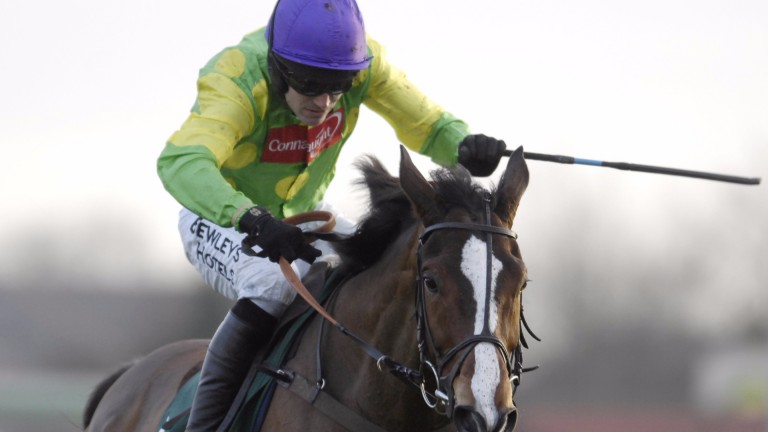 A commemorative trophy has been named in honour of Kauto Star
Edward Whitaker
1 of 1
By Tony McFadden 1:58PM, NOV 15 2016

A specially commissioned trophy named after racing legend Kauto Star will be awarded to the owner of the next horse who can complete the Jockey Club Racecourses Chase Triple Crown.

The Chase Triple Crown – which consists of the Betfair Chase, the 32Red King George VI Chase and the Timico Cheltenham Gold Cup –has only ever been won by one horse: Kauto Star.

The commemorative trophy is in addition to the £1 million bonus stumped up by JCR and will be kept by the winning owner forever.

Kauto Star completed the feat ten years ago during the 2006-7 season when he swept all before him, winning all six starts, including four times at the highest level. He retired with a total of 16 Grade 1 wins to his name.

Will the bonus be won?

Jockey Club Racecourses may be stumping up the £1m bonus, but managing director Paul Fisher is hoping the Triple Crown is successfully completed.

He said: "To mark the ten-year anniversary of that feat we wanted to create a trophy to honour Kauto's memory and all he gave our sport. I'd like to thank Clive Smith for giving us permission to do so.

"The question now is, will this be the season we see the Kauto Star Trophy won and the £1 million bonus that goes with it? We'd be delighted because it would mean a great new champion for our sport has emerged."

The first leg of the Chase Triple Crown, the Betfair Chase, takes place at Haydock on Saturday. The betting is headed at 15-8 by Cue Card, who memorably won the first two legs prior to falling three fences from home in the Cheltenham Gold Cup last season.

FIRST PUBLISHED 10:10AM, NOV 15 2016
To mark the ten-year anniversary of that feat we wanted to create a trophy to honour Kauto's memory