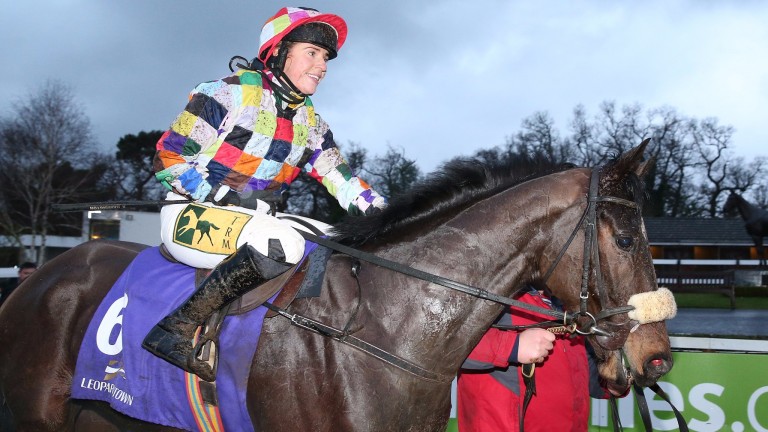 Someday: the impressive Leopardstown winner will be aimed at Fairyhouse and then Punchestown
CAROLINE NORRIS
1 of 1
By David Jennings 3:32PM, MAR 12 2017

Kate Harrington has described herself as "privileged and really excited" as she looks forward to her first festival ride on Someday, who is vying for second favouritism for the Weatherbys Champion Bumper on Wednesday.

"I can't wait," said Harrington, for whom the ride will be extra special as Someday is trained by her mother Jessica.

"I've always loved him and held him in high regard. After he won at Leopardstown last time I told Mum he had to go to Cheltenham, although I have to admit I didn't think I'd be the one riding him.

"I've never had a ride at the festival before, although I have ridden a filly in a bumper at Cheltenham the month after the festival."

Someday is no bigger than 8-1 following a hard-earned victory on his second start in early February. He beat Voix Des Tiep by only half a length but there were 15 lengths back to Imperial Way in third, and his amateur jockey is expecting a big run at Cheltenham.

"He only does what he has to at home but when he gets on grass he just turns it on," she said. "He's very good. He did a piece of work last Wednesday and impressed us all and when mum rang [owners] Howard [Spooner] and Ian [Weaver] to tell them the good news they said he'd only run if I was riding him. I feel very privileged and owe so much to them for letting me ride him.

"We had New To This Town in the bumper last year but the Potts bought him before the race so Johnny [Burke] got to ride him. Someday is a lovely horse and whatever he does this year is a bonus. Once he fills out into his big frame he's going to be one to really look forward to."

Asked whether she will be nervous riding on the biggest stage of all against professionals, Harrington answered: "Definitely not. I don't get nervous any more. I've ridden in the Pony European Championships so I'd like to think I'm well able to cope with a big day.

"The main thing is to get a good position early and take it from there."

FIRST PUBLISHED 3:31PM, MAR 12 2017
I don't get nervous any more. I've ridden in the Pony European Championships so I'd like to think I'm well able to cope with a big day