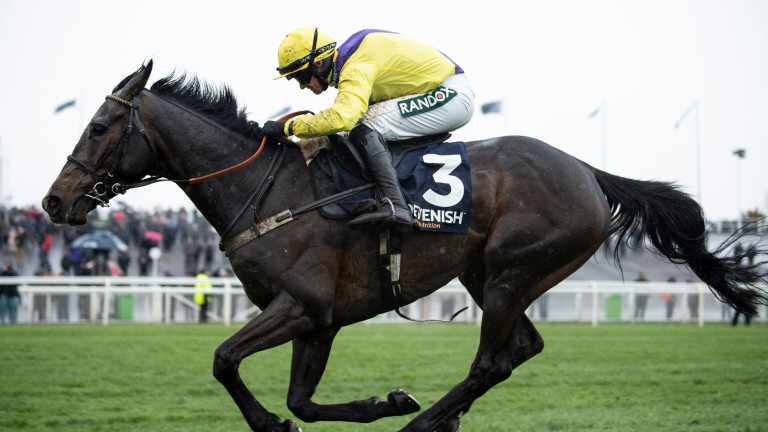 Kalashnikov bounced back to form to land the Manifesto under Jack Quinlan
Edward Whitaker
1 of 1
By Jack Haynes UPDATED 4:42PM, APR 4 2019

Two muddy shoes and streams of tears were the emotional after-effects for trainer Amy Murphy after she celebrated a first top-level success with stable star Kalashnikov in the Devenish Manifesto Novices' Chase.

Last year's Supreme Novices' second bounced back from unseating in the Arkle last month to provide a memorable day for the Murphy family, including the trainer's father, owner Paul Murphy and jockey Jack Quinlan, who was also enjoying a first Grade 1 victory.

Kalashnikov pounced on long-time leader and runner-up La Bague Au Roi after the second-last, keeping on well for the rider's urgings to score by a length and a quarter, with Mengli Khan a length and three-quarters back in third.

The Ryanair Chase was nominated by Murphy as a likely target for the imposing six-year-old next season, for which Paddy Power cut Kalashnikov to 16-1 (from 25).

Murphy, beaming from ear to ear, said: "I lost my shoes out there on the track but somehow I've got everything intact! That was unbelievable and it's so emotional. It was a fantastic ride by Jack and this horse is top class. I bang on and bang on about it but he really is.

"We've had a couple of things go wrong this season but that was the real him today. The Ryanair Chase is what I have in mind for next season as that's his trip."

Quinlan ended a 78-day and 67-ride wait for a winner in the best possible fashion, steering Kalashnikov with supreme confidence and producing him with a telling challenge.

Quinlan, who along with Kalashnikov returned to rapturous applause in the winner's enclosure, said: "Jockeys like me don't get opportunities like this every day and Amy and her team have been so good to me.

"We never lost faith in him and always knew he was good – he's a credit to everyone involved and it means so much to win a race of this stature." 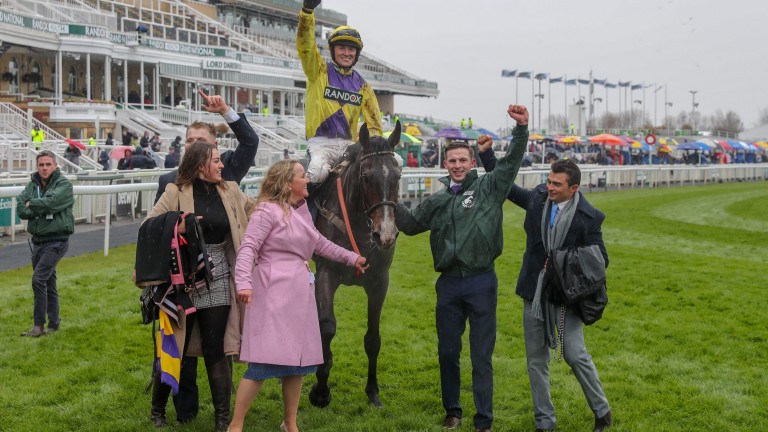 It was a typically game effort by the mare La Bague Au Roi and trainer Warren Greatrex is eyeing the King George VI Chase next season. Bet365 offer a best price 25-1 (from 16) for La Bague Au Roi to land the Boxing Day showpiece.

Greatrex said: "She's run another great race. Dicky [Johnson] felt she probably wasn't as good as she had been earlier in the season and didn't have that zip from four out.

"Every time she runs she gives everything and she has gone down fighting. She'll come back next season when her first major target will be the King George, with a race somewhere beforehand."

FIRST PUBLISHED 1:56PM, APR 4 2019
That was unbelievable and it's so emotional. It was a fantastic ride by Jack and this horse is top-class