Kalashnikov and Dynamite Dollars could clash in Wayward Lad 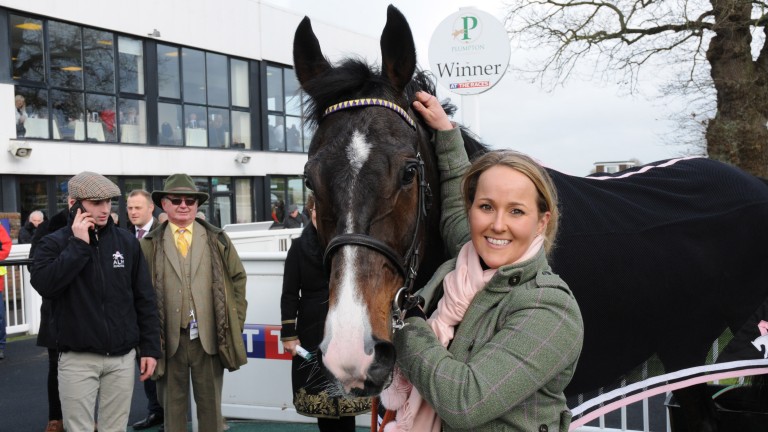 Supreme Novices’ Hurdle second Kalashnikov, owned by Paul Murphy, father of trainer Amy, is unbeaten in two starts in novice chases and will tackle Grade 2 company for the first time over fences in the £40,000 race.

The 2m contest attracted nine entries after it has been re-opened, including talented mare Maria's Benefit, and has been landed by the subsequent Arkle winner in three of the last seven years with Sprinter Sacre, Simonsig and Altior among an illustrious recent honour roll.

Murphy said: "He's been in great form since Plumpton and deserves to take his chance in Graded company.

"He's ready for the step up now against better horses and, as you would expect, there are some good horses among the entries.

Dynamite Dollars, owned by Michael Geoghegan, will have to concede 5lb to Kalashnikov, but scored on his first start in top-level company at Sandown earlier this month and bids to enhance Paul Nicholls' fine recent record in the race.

The Ditcheat trainer has won three of the last five renewals, including last year with Cyrname, and five runnings since 2002.

Nicholls, who has also entered progressive handicap chaser Capeland, said: "There are not many races for Dynamite Dollars now so we might look at running him against Kalashnikov at Kempton.

"If he runs he will have a little holiday after that."

Kalashnikov is a best price 4-1 market leader for the Arkle with Betway, Betfair and Paddy Power, while Dynamite Dollars is a general 14-1 chance.

Altior is the star name among seven entries for the re-opened Desert Orchid Chase at the same meeting, in which two-time winner Special Tiara and recent Peterborough Chase runner-up God’s Own could be among the opposition.