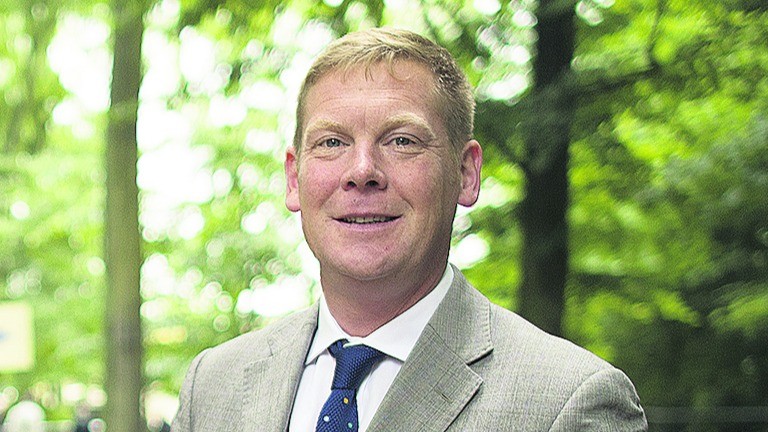 Kachy, runner-up in the Group 1 Commonwealth Cup in 2016, has been revitalised since switching to the all-weather and bids to extend his perfect record over course and distance to three in the Betway All-Weather Sprint Championships Conditions Stakes (3.05).

Dascombe said: "He just lost his confidence a bit as it's tricky when they have a hard race every time. He seems to have got his mojo back now and he's thriving on the all-weather.

"He's unbeaten on it and he's pretty quick. He's got a good draw and Richard [Kingscote] will keep it simple. He's got an obvious chance."

Kimberella returns to defend his crown for trainer Richard Fahey, who seeks a fourth win in five runnings of this race.

"This has been his target all year and we're happy with him," Fahey said. "We had to give him a break as he's had a hard season – we had to get the three runs into him, which took a bit of doing. He's in great nick, but it's a good race and he'll need his A game."

With plenty of front-runners in the field there is likely to be an early fight for the lead and the Hugo Palmer-trained Gifted Master looks poised to attack from stall three.

Palmer, who also saddles Gulliver, said: "Gifted Master won a fast-track qualifier in November and has had a nice break since. He goes well fresh and comes out top on official ratings, having achieved that rating over course and distance on his last start from a bad draw.

"Gulliver has turned inside out since we got him racing on the all-weather and round a bend. He's won three races and has run very well in defeat as well."

Top owner and all-weather enthusiast Alan Spence is represented by the Roger Varian-trained Double Up, who sports a set of silks with a playing cards-inspired design that Spence and son Mike snapped up for £4,600 at the BHA auction of new and rare colours at Sotheby's last November.

Watersmeet back for more

There would be no more deserving winner on finals day than the admirably consistent Watersmeet, who bids to go one better than last year in the Betway All-Weather Marathon Championships Conditions Stakes (2.00).

The Mark Johnston-trained grey has won all three of his starts this year and is joined by stablemate Soldier In Action, who has the highest official rating (108) in the field.

"Watersmeet has beaten quite a few of his rivals already this winter and is in as good form as ever, so we expect him to run a very big race," said Johnston's son and assistant Charlie.

"Soldier In Action is actually top-rated and although he was a little disappointing at Chelmsford last time, if you go back to his Kempton win [in November] he has every right to have a good chance."

French challenger Funny Kid was just denied by Watersmeet at Wolverhampton in January and will be looking to turn around the form over this shorter trip.

His trainer Christophe Ferland said: "He ran very well at Wolverhampton and I think the track at Lingfield will probably suit him better. He has adapted very well to the all-weather and it has given us another option with him at this time of year."

Curbyourenthusiasm is another to get close to Watersmeet when beaten a neck at Kempton last month.

"He's probably a few pounds short of what he once was but can still run to a good level," said trainer David Simcock. "This is probably the most competitive race of the day, but we'll be looking to pick up a bit of prize-money."

Diagnostic out to reverse form with Icon

A fast-track qualifier at Wolverhampton in January provides a key form pointer for the 32Red All-Weather Fillies' And Mares' Championships (2.30) when Diagnostic – the likely favourite – was overturned by Mick Channon's reopposing Summer Icon, who showed a nice turn of foot to fend off her rivals under Charles Bishop.

Summer Icon is far more exposed than her William Haggas-trained rival, however, and although she is consistent she would not have much improvement left, given this is her 37th career start in an action-packed career.

"Summer Icon has been in great form all year – she keeps turning up and performing and she's done us proud," said Jack Channon, assistant trainer and son of Mick, who won this race in 2016 with Volunteer Point.

"I think she's in with a great chance on the ratings and we're hoping for another bold show."

Diagnostic, who is owned by Cheveley Park, is officially rated 1lb lower than Summer Icon, but she has only had two starts this season and has recorded Racing Post Ratings superior than her current mark.

She has finished third on both starts in 2018 but the small fields may not have played to her strengths, given she has been keen on both occasions.

Haggas said: "She's had a break and she's very well – she just needs to settle better. She'll need luck in running, but she's got a good draw and that will help."

Not so lucky with the draw is the David Simcock-trained Soul Silver, who will have to defy a wide berth in stall 11 to follow up her recent Chelmsford victory.

That came over a mile when she showcased an exciting burst of speed to have the race in full command with a furlong and a half to go, but she may not find this race panning out in the same fashion.

FIRST PUBLISHED 6:00PM, MAR 29 2018
He's thriving on the all-weather and has an obvious chance