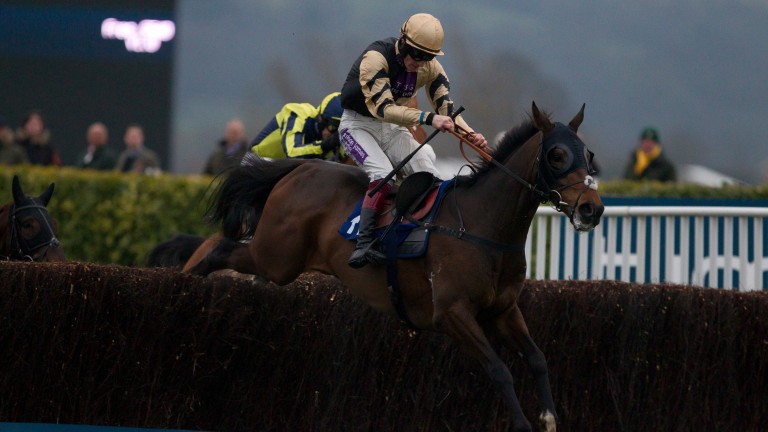 Solar Impulse: bidding to recoup a chunk of his purchase price
Patrick McCann
1 of 1
By David Carr 6:00PM, FEB 4 2017

Chris Kellett may not have much in common with the cigar-chomping Colonel John "Hannibal" Smith but he will certainly 'love it' if a plan comes together this afternoon.

George Peppard's character from the A-Team would certainly appreciate the long-term plotting that has gone into a tilt at the totepool Scottish Champion Chase with Solar Impulse, who was picked up for £50,000 two months after his win in the Grand Annual Chase at Cheltenham last March.

"We've targeted this race from when we bought him," Kellett said. "He's a good-ground specialist and he's had three runs on soft or heavy ground and I'm just hoping the rain doesn't come.

"He won at Cheltenham on good, fast ground last spring and all the jockeys say he's a completely different horse on that ground. He's back on his winning mark and I'd give him every chance if it stays good. We're pretty hopeful."

Solar Impulse was formerly with Paul Nicholls, who takes him on with the novice San Benedeto, who was third at Kempton on Boxing Day.

"He loves good ground and a flat track so that is in his favour," said Nicholls. "Though he probably wants a bit further he is a strong traveller and the race has cut up a little so he has a chance."

Brian Ellison is hopeful for Fair Loch and said: "He's one of my best chances on Sunday. This race looks very winnable and he's in great form. He ran well at Catterick last time."

Tim Reed brings Indian Temple back from a ten-week break and said: "Our horses had a virus but they are in cracking form now. It's his first try at the trip but he loves the track – it's a hot race but we're looking forward to it."

FIRST PUBLISHED 6:00PM, FEB 4 2017
He is back on his winning mark and I would give him every chance if it stays good. We are pretty hopeful