Juveniles out in force with maximum field set to line up 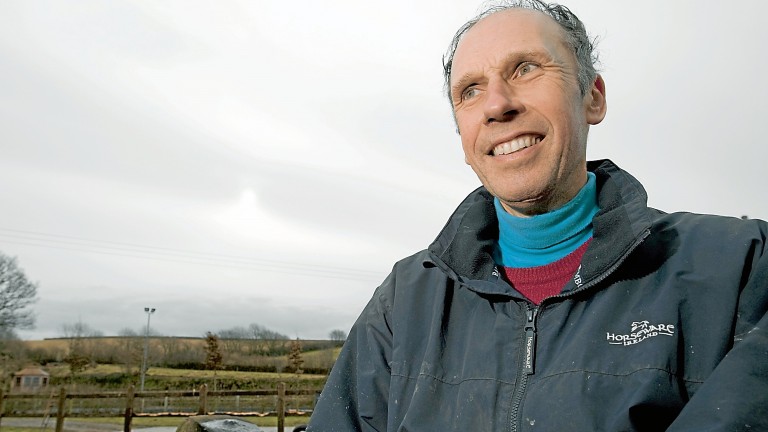 The lack of potential three-year-old hurdlers has been identified as a problem area but Exeter has been forced to put up the 'full house' sign after today's juvenile hurdle was oversubscribed.

The £5,000 contest has attracted a maximum 16 declarations, which is a rare occurrence when you consider since the start of 2010, excluding the Cheltenham Festival, there has only been 13 such races with at least 15 runners in Britain.

Trainer Nick Williams, responsible for two runners, said: "It's rare as there aren't usually that many runners in juveniles at Exeter as it takes some getting. It looks a good race for a very small prize."

Leading the Williams challenge is the penalised Flying Tiger, who was pulled up in a Grade 1 at Auteuil two weeks ago but has the assistance of champion jockey Richard Johnson on this occasion.

"It all went wrong last time – he pulled hard and we've got to get him to settle," said the trainer. "We like him and we're looking to get him back on track."

On his other contender Siruh Du Lac, the mount of stepdaughter Lizzie Kelly, Williams said: "He's a nice young horse who has been going well."

The trainer has an excellent record in the top juvenile hurdles with many of his best days coming in the sphere.

While some of his contemporaries have experienced problems acquiring new talent, due to the increased opportunities for this type of horse, Williams has not been affected.

"We have a different programme as most of ours are bought as yearlings and then we've trained to be juvenile hurdlers," he added.

Likely to be challenging Flying Tiger for favouritism is the JP McManus-owned filly Litterale Ci, who makes her jumps debut for Harry Fry having won two of her three starts on the Flat in France.

Alan King also introduces a two-time Flat winner in the shape of Tyrell, whose victories came at Bath and Nottingham.

"He had a good summer on the Flat and I've been encouraged with how he's schooled over hurdles," King said.

FIRST PUBLISHED 6:00PM, NOV 19 2016
It is rare as there aren't usually that many runners in juveniles at Exeter as it takes some getting