Justin O'Hanlon predicts no sleepless nights for connections of Siskin 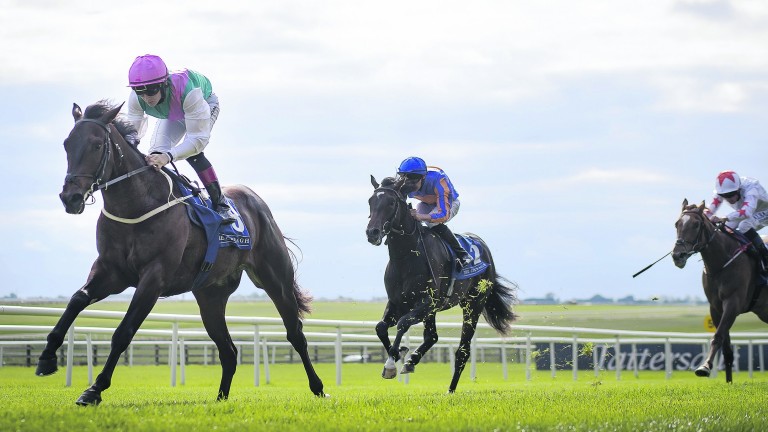 Time equals wisdom and after the results of the Classics over the weekend many prospective lists will have undergone an overhaul. My own original list will be similar to many in that regard as Pinatubo has now been crossed off and Kameko included.

He looks to be consistently improving and even if he doesn't get the Derby trip he will at least be a leading contender for all the Group 1s between a mile and a mile and a quarter.

In terms of three-year-old milers, the result at Newmarket might well confirm for Ger Lyons that he has nothing to fear when lining up unbeaten juvenile Siskin. The confidence of Lyons that the mile will not be a problem is very encouraging and that will be put to the test in Friday's Irish 2,000 Guineas.

The sprinting division looks very interesting this year. Make A Challenge was an absolute revelation last season and he should be a big player in the big sprints. The exciting Pierre Lapin, unbeaten in two starts last year, should continue to improve plenty and is one who can make a mark in Group 1 company over six and seven furlongs.

Do not be surprised if Mogul ends up being the main Derby hope for Aidan O'Brien. He was not disgraced when finishing behind Kameko in last season's Vertem Futurity, and has reportedly done very well over the winter. A filly very much under the radar from that yard is Peaceful. She ran well on unsuitable ground at Newmarket in the autumn and there should be more to come from her.

Also from Ballydoyle, Japan looks likely to be their top older horse for all the big middle-distance races this season and he has every chance of picking up a couple more prizes. Kew Gardens' defeat of Stradivarius at Ascot in October showed he is ready to pick up the mantle of prospective champion stayer.

The performance of Ghaiyyath in the Coronation Cup on Friday showed what a high-quality performer he is for the big mile-and-a-half contests, while it would be remiss not to include a Jessica Harrington filly. The choice is Cayenne Pepper, who will relish the Irish Oaks trip and might have what it takes to challenge the boys later in the season.

FIRST PUBLISHED 6:00PM, JUN 9 2020
The confidence of Lyons that the mile will not be a problem is very encouraging and that will be put to the test in Friday's Irish 2,000 Guineas