Justify's breeder surpasses his wildest dreams as Without Parole triumph 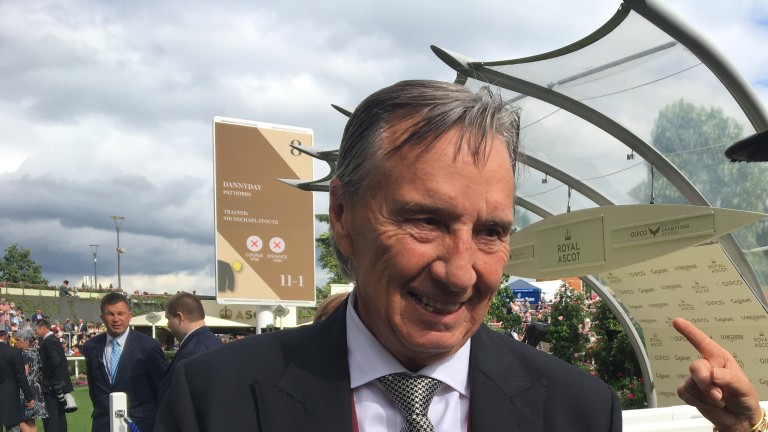 John Gunther, who bred the winner of the US Triple Crown in Justify, bred and owns Without Parole
Lewis Porteous
1 of 1
By Lewis Porteous UPDATED 6:24PM, JUN 21 2018

His dream was to merely have a runner at Royal Ascot, never mind winning one of the meeting’s most prestigious Group 1s, but that was the reality for owner-breeder John Gunther.

It may have sounded mad when he suggested pre-race that winning at Ascot would mean more than watching Justify, raised at Gunther’s Glennwood Stud in Kentucky, win the US Triple Crown this month, but after Without Parole swept through to win the St James’s Palace Stakes under Frankie Dettori, it was clear to see he was telling no lies.

Justify may never have raced for Gunther and his daughter Tanya, despite being the ones who bred him, but his obsession with Royal Ascot, and with Without Parole’s sire Frankel in particular, meant he bought this one back at the sales for 650,000gns – undeniably the best decision of his life.

Explaining why his achievement meant so much, Gunther added: “For Juddmonte to give me a nomination to Frankel for a mare [Without You Babe], who was unproven, meant everything.

“I love Frankel and nothing will come close to this ever – that’s how important it was for me. To actually breed a horse and get it to Royal Ascot in a Group 1, and to pull it off, is just incredible. I’ll never top the emotion of this day ever.”

Perhaps not, but considering Without Parole had too many guns for some of the best milers in Europe on just his fourth start, who is to say where the fairytale may take the Gunthers next?

Newmarket's new normal: dry spell means no turf gallops - it's all-weather only 'I shouldn't be in the bar but probably will' - Shergar Cup win thrills Ryan 'He's reaping the dividends' - Callan stars as GB & Ireland scoop Shergar Cup Ruthless Callan dazzles but it's Wilson who sums up the magic of the Shergar Cup Great Britain and Ireland win Shergar Cup after Spencer and Callan doubles Blackbeard out of Phoenix Stakes as Bradsell tightens grip at top of market