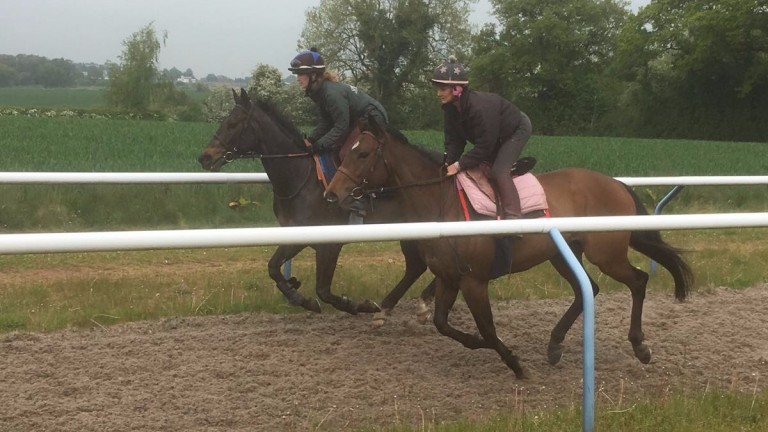 Connections of Just Marion are seeking clarification over what happened at Brighton on Monday after their mare had to be put down as a result of horrendous injuries sustained when she ran loose with a blindfold on.

Trainer Clare Ellam was deeply upset on Tuesday when describing the catalogue of fractures, saying she had never seen anything as bad in nearly 25 years of working with horses.

“It was horrific, I’ve never seen anything like it," she said. "It was like she’d been involved in a car crash. There was nothing they could do to save her. I was absolutely dedicated to her."

Just Marion stumbled leaving the stalls in the 7f apprentice handicap, unseating rider Louis Steward before he was able to remove the blindfold used for stalls entry. She proceeded to run loose around the course unable to see.

Having crashed through the rail on the stands’ side of the course, Just Marion was eventually caught by two ambulance staff before she could reach the public enclosures and was taken to Arundel Equine Hospital, where she was put down.

Ellam added: "She was the easiest ride in the whole yard and the quietest horse to do anything with, which is why she was in an apprentice race."

Neither Ellam nor Just Marion’s owner Trish Marks saw what happened at the start or what caused the injuries to the mare. They plan to request footage from the BHA to get clarification, as well as discussing ways to prevent anything similar from happening.

Ellam added: “She was one in a million and the mascot of the yard. She was the loveliest mare to have around and will never get the chance to show everyone how good she was.” 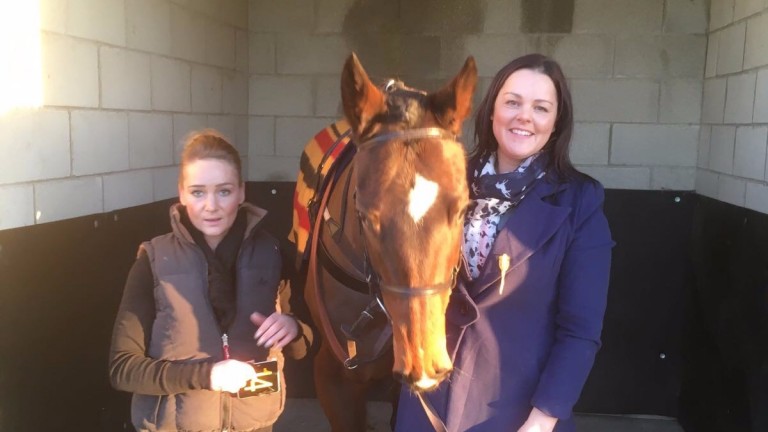 Just Marion with trainer Clare Ellam (right)
Clare Ellam
Robin Mounsey, head of media at the BHA, expressed his condolences for what happened at Brighton and added the incident would be reviewed to see if any lessons could be learned.

“The incident at Brighton was extremely sad and our sympathies are with connections of the horse," he said.

“The circumstances around this incident are exceptionally rare, but the incident will be assessed and, as ever, if there are lessons to be learned then the BHA and racecourse will work together to act on them.

"Racecourses are designed partly with the management of loose horses in mind, and improvements are constantly being made to increase the safety of all participants, both human and equine.”

George Hill, clerk of the course at Brighton said: “Monday's incident with Just Marion was very sad and our thoughts are with her connections. I would like to pay particular thanks to David Poole and Claire Wills for their role in ensuring the safe capture of Just Marion.

"While it does not appear anything obvious could have been done to prevent this highly unusual incident, we will review the course layout with the BHA’s course inspector to see if any changes are required.”

FIRST PUBLISHED 3:30PM, JUN 13 2017
She was one in a million and the mascot of the yard. She was the loveliest mare