Jump to it for Post's festive knitwear and support Racing Welfare 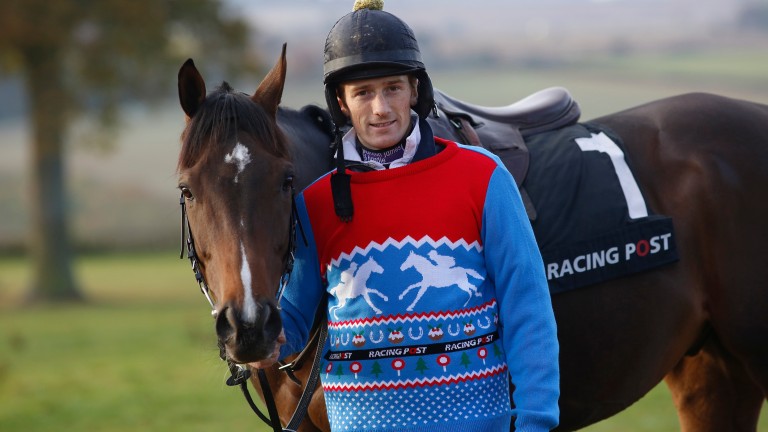 The third year of the Racing Post's charity Christmas jumpers campaign comes under starter's orders on Friday with an exclusive range of four different festive designs going on sale from 9.30am.

In 2015 the sale of Racing Post Christmas jumpers raised more than £12,000 and, with Racing Welfare the chosen charity this year, sights have been raised in an effort to break the £20,000 barrier.

Among the racing professionals to get behind the campaign are jockey Sam Twiston-Davies and trainer Warren Greatrex, who kindly became clothes horses for the day in modelling the novelty knitwear.

Racing Welfare operates a national network of welfare officers based in regional offices, working to support current and retired racing staff, and their families.

"Everyone at Racing Welfare is thrilled to be part of the Racing Post’s Christmas jumper campaign," said the charity's chief executive Dawn Goodfellow.

"The jumpers might just be for Christmas, but the money raised from the campaign will help ensure that Racing Welfare can support all of the people working behind the scenes in racing, as well as those who have retired from the industry, throughout the year."

Racing Post editor Bruce Millington said: "We love the Christmas jumpers campaign and are very pleased to be raising money for another great charity this time around.

"Almost everyone connected with racing can seek support from Racing Welfare and, from everybody here at the Racing Post, we would like to say a big thank you to all of you that are supporting the campaign."

The Christmas jumpers are available at racingpost.com/shop.