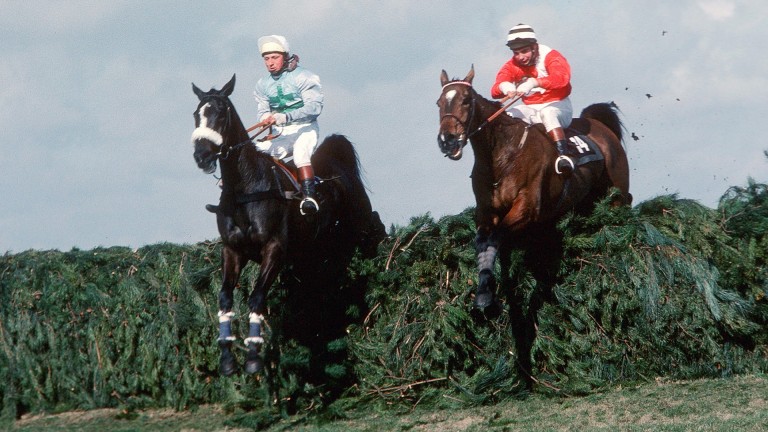 Rubstic (left) jumps the last alongside Zongalero in the 1979 Grand National in which AK Taylor partnered Prime Justice
GERRY CRANHAM
1 of 1
By Colin Russell 1:09PM, JAN 13 2019

Keith Taylor, who rode over jumps as AK Taylor in the late sixties and seventies, has died aged 70 after a long illness.

Taylor's first winner was Costa Rica in a selling hurdle at Catterick in December 1968. He turned professional in 1971 and his best mount was Royal Ascot winner Tudor Abbe, on whom he won handicap chases at Bangor, Ayr and Haydock in 1975 and 1976.

In 14 years with a licence he rode 38 winners, including one at Cheltenham in a two-horse race in which the odds-on favourite fell at the fourth fence.

According to racing historian Chris Pitt, Taylor was an extra in the big-screen adaptation of the Dick Francis novel Dead Cert, a role that involved jumping Becher's Brook twice.

Taylor's ambition to ride in the Grand National was realised in 1979, when he partnered 200-1 shot Prime Justice for trainer Doug Francis. The horse had qualified by winning a race at Warwick in which the clear leader fell at the second-last, and the horse who was left clear refused at the last.

In the National only 17 of the 34 runners were left as they went out on to the second circuit, and although Prime Justice finished last of seven finishers behind Rubstic it was a notable achievement to complete the course on a horse who nowadays would not get into the race.

In his later years as a jockey Taylor helped his father run the family newsagent's business in Middlewich, Cheshire, which he took on after he retired from riding in 1982.