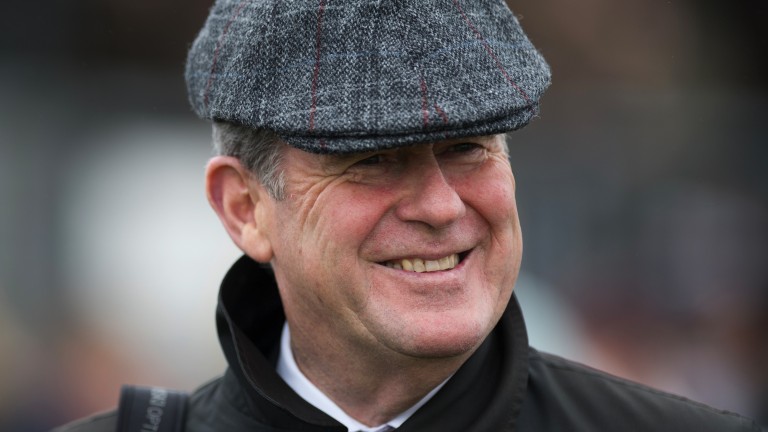 In what must be one of the most significant pre-Cheltenham Festival transfer splurges in recent history, ledaing owner JP McManus has secured a deal for leading Supreme Novices' and Triumph Hurdle fancies Fakir D’Oudairies and Konitho, as well as Champion Bumper livewire Blue Sari.

The news, which was on Wednesday confirmed by the owner's racing manager Frank Berry, could have a significant impact on what race Fakir D’Oudairies contests at the festival with fellow McManus-owned juvenile Sir Erec a short-priced 7-4 favourite for the JCB Triumph. 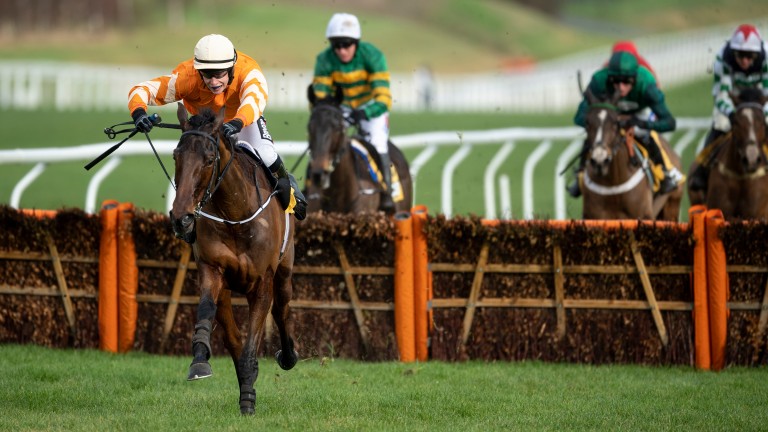 Fakir D'Oudairies: will carry the familiar JP McManus silks wherever he lines up next
Edward Whitaker

Unbeaten in two starts since joining Joseph O’Brien, Fakir D’Oudairies is a general 8-1 chance for the Sky Bet Supreme. A decision on whether he runs in the opening race of the festival or instead tackles stablemate Sir Erec in the Triumph will not be made for another few weeks, according to Berry.

He said: "These things usually sort themselves out closer to the time. Hopefully they’ll all stay in one piece and we’ll have a decision to make then."

The Willie Mullins-trained Blue Sari, who, like Fakir D'Oudairies, had been owned by ML Bloodstock before being snapped up by McManus, shot to prominence in the Weatherbys Champion Bumper market when slamming his rivals on Thyestes day at Gowran Park last month.

On Blue Sari, a general 10-1 chance for the Champion Bumper, Berry said: “Willie isn't sure what he’ll do with him, we’ll see closer to the time. He’s got plenty of options.”

O'Brien's impressive Naas maiden hurdle winner Konitho, who had been owned by the trainer’s sister Sarah, will also race in the McManus colours next time, with Berry adding: “Konitho might run at Naas this weekend.”

FIRST PUBLISHED 1:02PM, FEB 6 2019
Hopefully they?ll all stay in one piece and we?ll have a decision to make then