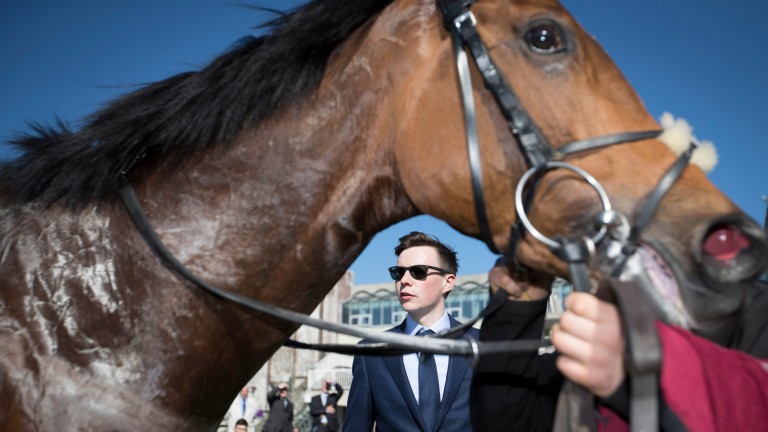 The Melbourne Cup has a canny knack of writing scarcely believable stories, so how about this one? US Army Ranger wins the world's most famous race on his first start for 23-year-old Joseph O'Brien after failing to win any sort of race for his father since May 2016.

Surely he would feel a smidgen of sympathy for his old man if that happened?

"I don't think I'd be too worried. I'd be after winning the Melbourne Cup," laughs Joseph when the question is put to him.

The bookmakers don't think so and you can back the four-year-old at 66-1 for Melbourne Cup glory.

"US Army Ranger obviously came to me in the hope that he can regain his spark. We have completely changed his routine and Melbourne is a change of scenery for him so hopefully it will have the desired effect. The lads said he travelled over well and they are happy with him," O'Brien said.

There is little doubt that Rekindling is O'Brien's number one hope, though. He has always run in the colours of legendary Australian owner Lloyd Williams so it was inevitable that he would make a Melbourne Cup appearance at some stage.

But, at the age of three, could this be a year too soon for the ultra-consistent son of High Chaparral? His trainer hopes not.

O'Brien said: "Rekindling really is a joy to train. He is so easy and has never given me a moment's worry. The one concern I would have is that he's been on the go a long time. He won the Ballysax at Leopardstown in early April and we are now well into October so he has been busy.

"He was in great form before he left, though, and has taken his racing well. I hope he will take it all in his stride but I suppose there is only one way to find out. Neither him or US Army Ranger will do a lot over the next few weeks. Most of their work is done and they will just do a few strong canters to complete their preparations," he added.

If you were interested in this, why not can catch up with David Jennings' Australian Odyssey:

Glorious Guineas day at Caulfield with something for everyone

FIRST PUBLISHED 12:33PM, OCT 19 2017
We have completely changed his routine and Melbourne is a change of scenery for him so hopefully it will have the desired effect