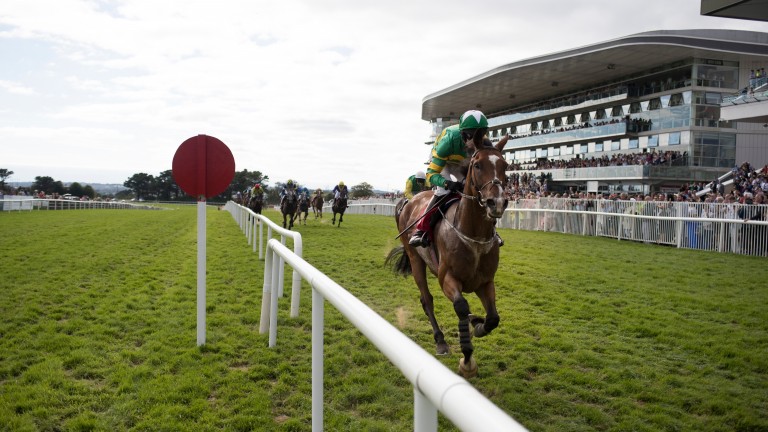 As the race title tells you, this is usually a stepping stone to stardom.

Sizing John (2014), Jezki (2012) and Hurricane Fly (2008) all won it on the way to bigger and better things but working out the superstar in this year's line-up is not easy. Most of them have not even managed to earn a mention in betting lists for the Sky Bet Supreme Novices' Hurdle.

Triplicate has sneaked into the Supreme market. You can get 66-1 about his landing the Cheltenham Festival opener, but the one thing he does have on his side is experience in a Grade 1, after chasing home Quick Grabim in the Royal Bond at Fairyhouse.

Joseph O'Brien, who is enjoying a terrific season, is hoping Triplicate can provide him with a fourth top-level success at Leopardstown after the victory of Le Richebourg on Wednesday and reports his consistent five-year-old to be in fine fettle.

O'Brien said: "Triplicate hasn't done a whole lot wrong over hurdles and I was very pleased with his run in the Royal Bond behind Quick Grabim. He seems in good form at home and I'm looking forward to seeing how he gets on."

Will Mullins win it again and with which one?

Willie Mullins has dominated this Grade 1 of late thanks to Long Dog (2015), Saturas (2016) and Whiskey Sour (2017), but the problem is picking the right one from Closutton.

The champion trainer has two live chances this time with Barry Geraghty on the JP McManus-owned Sancta Simona, a classy mare who has won her last two starts impressively. 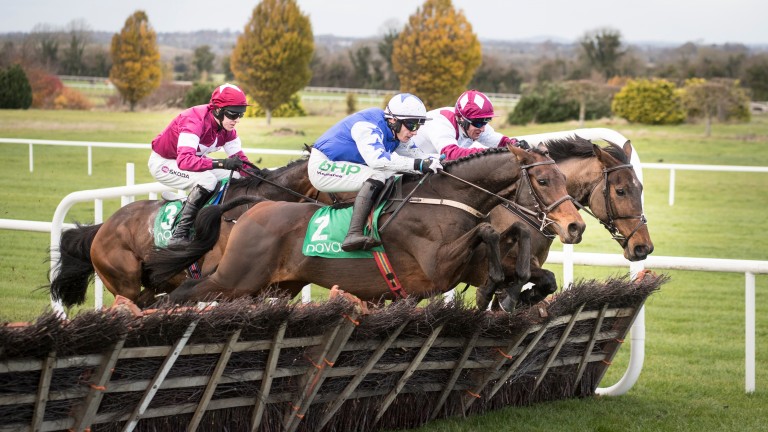 Aramon (blue): will be partnered by Ruby Walsh for the first time
Patrick McCann

Ruby Walsh will partner Aramon for the first time. The Grade 3 winner at Navan in November has been ridden by Paul Townend in all four of his races over hurdles.

Sean Flanagan has never hidden his admiration for Daly Tiger and believes the Punchestown maiden hurdle winner is ready for the step up in class.

Flanagan said: "I've always liked Daly Tiger. I remember when Real Steel beat us in a maiden hurdle at Thurles last year it was the quickest I can recall coming up the home straight at Thurles. We flew.

"He's matured into a lovely horse and, fingers crossed, he can give a good account."

Reward due a rise in class

Due Reward earned a crack at Grade 1 level after an impressive wide-margin win in a novice hurdle at Punchestown this month.

His mark has soared from 124 to 133 and Henry de Bromhead is hopeful of a decent showing.

The trainer said: "Due Reward just keeps on improving and we're happy for him to take his chance. He's a nice horse and I've been delighted with his progress."

FIRST PUBLISHED 6:00PM, DEC 26 2018
Triplicate hasn't done a whole lot wrong over hurdles and I was very pleased with his run in the Royal Bond