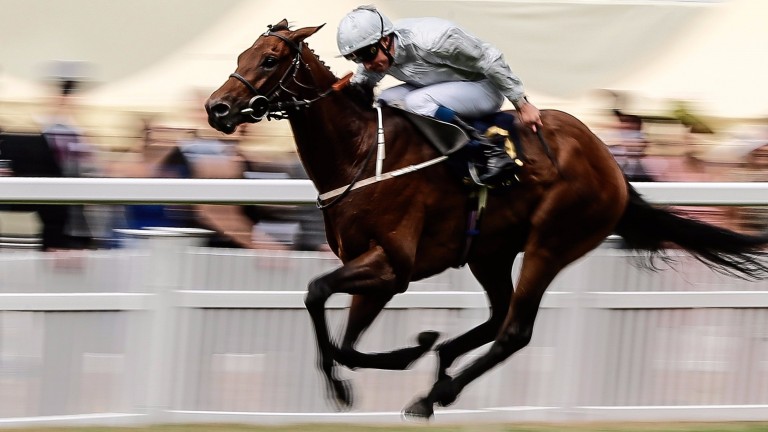 Mark Johnston has paid a heartfelt tribute to Permian following the death of his stable star in Chicago on Saturday night and the trainer also hit back in strong terms at critics who trolled him and his son Charlie afterwards.

Johnston attracted criticism on social media not just for having "over-raced" Permian, who was having his eighth race of the year when he broke his left foreleg following a disappointing run in the Secretariat Stakes, but also for the "30 seconds" his son said he had with Permian before he was put to sleep – the implication being that it was callous to have spent so little time with him, rather than merciful to have made the decision so quickly.

Reflecting on events, having watched the race at home and walked away from the television without having any idea something was amiss, Johnston said: "Social media was fantastic for seeing all of the condolences coming in but there were also bastards blaming us for giving him one run too many.

"He wasn't even the horse who'd had the most runs in in the race, and yet people latch on to him as if he'd had a huge number of runs. Aidan O'Brien's horse who finished second [Taj Mahal] had more runs than Permian, as Aidan's commonly do, because he, like me, believes in racing them." 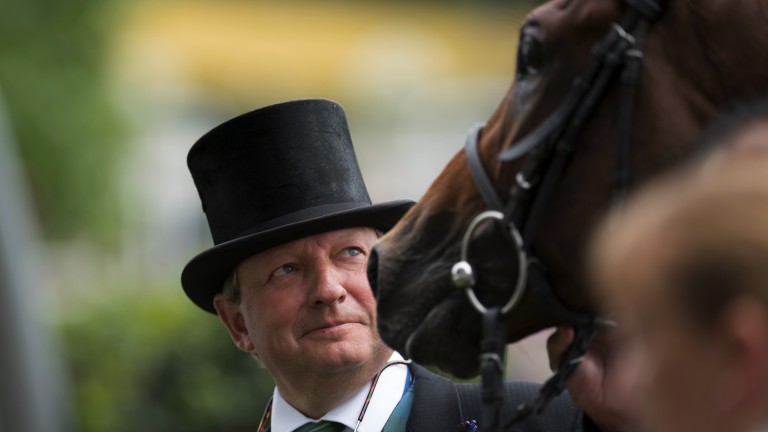 He added: "There was some terrible stuff on social media, people saying we had sent Permian with inexperienced staff. Charlie is 26 years old and he's a qualified vet. He was on the racecourse coping with his first ever death when in charge.

"He was quoted saying he had 30 seconds with the horse and people were saying he should have had more, but what he was saying was that he was given the decision as to whether the horse should be put down on the track or off it, and that it wasn't even a grey area.

"The leg was shattered, so the 30 seconds was the time between him getting there and the horse being put down. That was a mercy for Permian, and a great decision.

"I started typing a response, but I realised what a mistake it would be."

Johnston keeps copious records on the health and work schedule of all of his horses and revealed some interesting data on Permian.

He said: "He had ten fast pieces of work this year – eight of them races and two of them gallops. Since March 27 he never went faster than a canter at home. That's our method and I don't believe we are hard on horses at all.

"Permian was quite exceptional in that he never missed a day through illness since he started cantering. He'd been an exceptionally sound horse – one of the last horses you'd ever have a worry about. When he went out of the picture it never entered my head he'd break his leg, because he'd never had a question over him."

Looking back over the colt's highlights, Johnston found it hard to choose between the wins in the Dante and the King Edward VII Stakes, but plumped for the latter.

He reasoned: "Coming back to win at Royal Ascot after going down in the Derby was special, and the form worked out so well. I think the reason he had such a high profile is because he's come through the ranks. It's so unusual for a horse to start in a handicap at Bath, albeit a fantastic handicap, and then run in the Derby and win at Royal Ascot.

"He was out there for everyone to see. We didn't hide him away and run him once every three months. That's what made him special in such a short space of time, and we really imagined he'd be racing on again as a four year-old, and maybe even five.

"We thought, 'This is a horse for racing, this is a horse that everyone is going to get a great deal of pleasure out of'. It's just numbing. You don't know what to feel."

FIRST PUBLISHED 6:00PM, AUG 13 2017
He was out there for everyone to see. We didn't hide him away and run him once every three months. That's what made him special