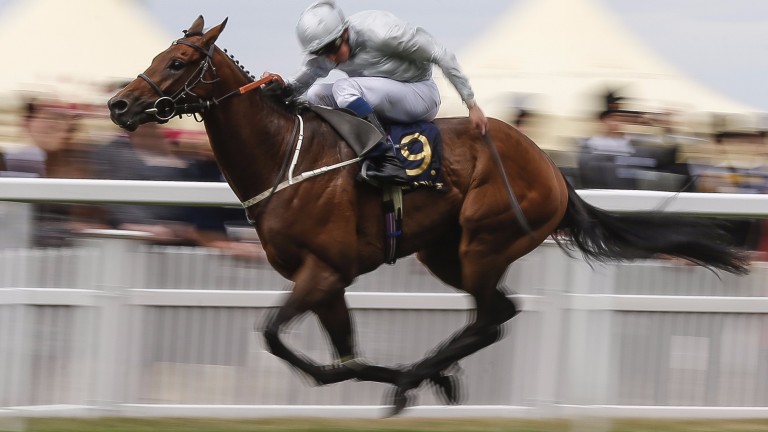 You have to go back to the turn of the millennium and Henry Cecil's Beat Hollow for the last time a horse trained in Britain landed the Grand Prix, yet few will have travelled with as ready credentials as Permian, who was supplemented on Wednesday at a cost of €43,200.

Mark Johnston had little hesitation in adding the son of Teofilo to the line-up, after Permian put his disappointing effort in the Derby behind him with a fine winning effort at Royal Ascot.

"We had to supplement him but it was a pretty straightforward decision once we knew the opportunity was there," said Johnston.

"I'm not saying there aren't good horses in the race but, for a Group 1, he's the highest-rated horse as it stands. With all due respect to the race, that would be unusual for a Group 1 so it seemed an obvious choice of race for him." 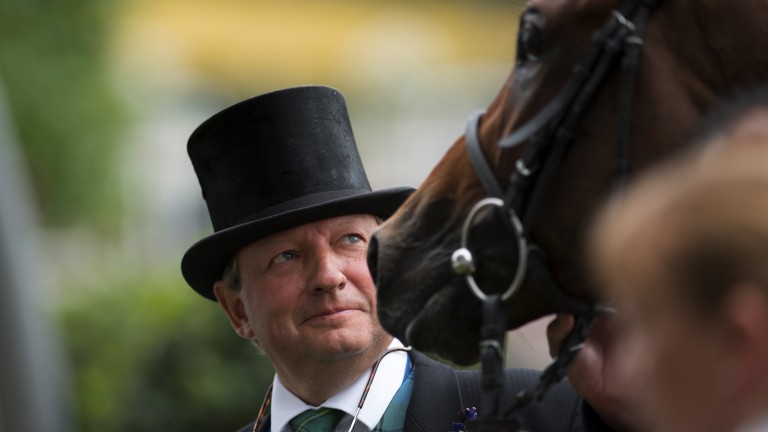 Permian failed to really finish off his race in the Derby but Johnston believes the trip is no issue.

Johnston said: "I think he's as effective, if not more so, at a mile and a quarter, based on the two Group 2s. But he did stay the trip in the King Edward.

"He has run twice at Epsom and, long before the trip came into play, he acted far better on the track the first time than in the Derby. It might just have been the faster ground and the idea of cut holds no fears. If anything, it should be a bonus."

In the steps of Scorpion and Imperial Monarch 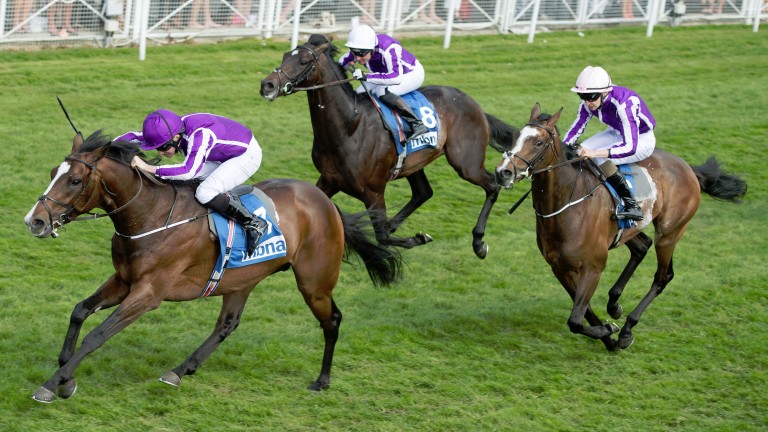 Venice Beach had Derby winner Wings Of Eagles (No 8) behind him in the Chester Vase
Edward Whitaker (racingpost.com/photos)

Aidan O'Brien has twice struck the target since this race was upped in trip in 2005 and fields three colts this time around.

Orderofthegarter has run well in two French Classics without ever threatening to really break through, and is the choice of Ryan Moore.

Venice Beach finished a couple of places behind Permian in the Derby but, before that, he beat his now immortalised stablemate Wings Of Desire in the Chester Vase, and can by no means be described as the second string under Seamie Heffernan.

Spanish Steps won his maiden by ten lengths at Gowran last time out but is yet to tackle a trip beyond 1m2f.

The first three home in the main Group 2 trial for this race – Ice Breeze, Shakeel and Falcon Wings – all reoppose, having also finished in the same order when filling the minor places behind Called To The Bar in the Prix du Lys in May, who was second in the Grade 1 Belmont Derby at the weekend.

Ice Breeze bids to give race sponsor Khalid Abdullah a fifth win in the race (a sequence started by Beat Hollow), having benefitted from a more patient ride under Vincent Cheminaud at Chantilly last time.

"He preferred being held up last time and I think the better the pace, the better for him," said trainer Pascal Bary. "The horse is really well and I believe he's still improving."

Shakeel has lost the services of his intended pacemaker, Valamaz, but remains closely matched with Ice Breeze and remains open to further improvement.

Alain de Royer-Dupre said: "He made a good impression on me last time. He's a horse that needs a decent gallop and, although we've had to scratch his pacemaker because of illness, the English and Irish runners will ensure it isn't too slow."

Nicolas Clement retains faith that the third member of the reunion, Falcon Wings, can be in there at the finish.

"I've put cheekpieces on him and I've been very happy with his work," said Clement, who has won this race with Vespone and his future Arc hero Saumarez previously. "I think he's a decent outsider."

Despite his unparalleled achievements in France's major races, Andre Fabre's 13 wins in the Grand Prix de Paris stand out.

Parabellum won a course-and-distance maiden last time out by seven lengths, having found one too good on each of his first two starts this spring.

Great things have been expected of the son of Dubawi ever since he fetched a sale-topping €2.6 million at Arqana in August 2015.

"It's a big step up to Group 1 level but he's shown a decent level of form on all three of his starts so far," said Godolphin's Lisa-Jane Graffard.

"We're hopeful that he can run well but he's an exciting horse for the future whatever happens here."

Cristian Demuro resumes his partnership with Mac Mahon, a five-length winner of the Italian Derby at Capannelle in May and one of five runners in France over the weekend for trainer Stefano Botti.

"He has improved with every run and won the Derby very well," said Botti. "The Grand Prix comes at the right time for him. It's a very important week for us but also for the Italian racing industry. We have to run our horses abroad to show their worth."

Several heavy showers in the early part of the week produced soft ground by Wednesday but largely drying conditions in Paris meant that had already moved back to a good to soft reading of 3.4 on the penetrometer by Thursday, with no substantial rain forecast.

FIRST PUBLISHED 6:00PM, JUL 13 2017
It was a pretty straightforward decision once we knew the opportunity was there