Johnson could cap stellar year with award at racing's Oscars 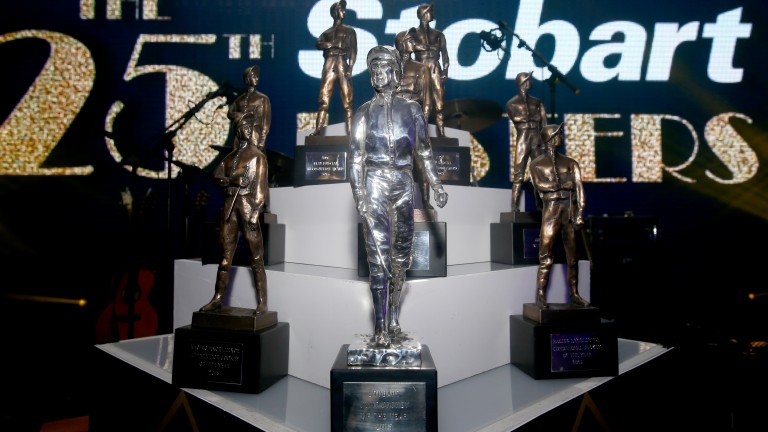 Champion jump jockey Richard Johnson could cap an excellent year by winning the coveted Jump Jockey of the Year award at the prestigious Stobart Lesters, which takes place at the Ricoh Arena, Coventry, on Thursday, December 22.

Johnson, who was memorably crowned champion jump jockey for the first time in April after finishing runner-up on 16 occasions, has previously taken home the Conditional Jockey of the Year and Jump Ride of the Year awards but has yet to win the Jump Jockey of the Year prize at the event dubbed 'racing's Oscars'. He is nominated along with Aidan Coleman, Noel Fehily and Brian Hughes.

Johnson is also in contention to land the Jump Jockey Special Recognition prize. Jason Maguire, Andrew Thornton and the late Tom O'Ryan - who is also nominated for the equivalent Flat prize - are also in the running.

Paul Struthers, chief executive of the PJA, said: "Jockeys live for riding winners and for riding good horses, yet ask any jockey that has won a Lester and they will admit that there is no greater recognition than that of their peers and the public, which is what makes winning a Lester so special.

“It is an achievement in itself to be nominated and we warmly congratulate all of those jockeys who have been shortlisted. It is also poignant that Tom O’Ryan has been nominated for the Special Recognition Award by jockeys of both codes, which is testament to the regard in which he was held.”

Voting for seven of the Lesters awards is by ballot among members of the Professional Jockeys Association. The Flat Ride of the Year has been chosen by readers and users of the Racing Post, who sponsor the prize, while the Jump Ride of the Year, sponsored by At The Races, has been decided by votes on the TV channel’s website.

The awards, which are now in its 35th year, will be hosted by Luke Harvey and Oli Bell, both of whom have been signed up to work on the new ITV racing team.

Racing Post Flat Ride of the Year:
Frankie Dettori on Galileo Gold at Royal Ascot on June 14
Josephine Gordon on Dltripleseven at Lingfield Park on July 16
Graham Lee on Areen Heart at Beverley on September 20
Robert Winston on Librisa Breeze at Ascot on October 1