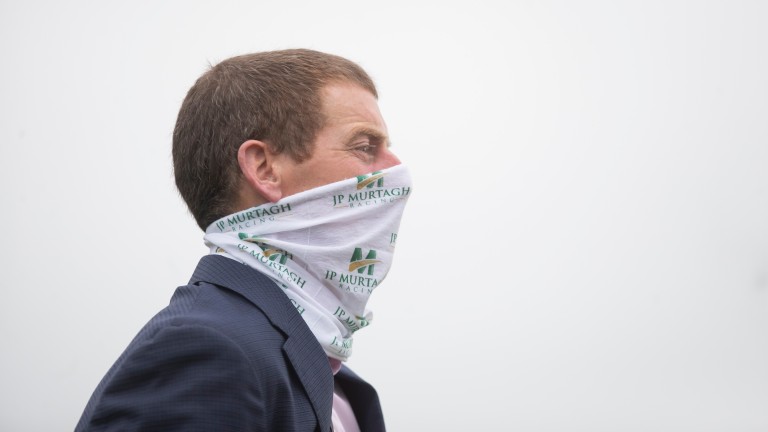 Johnny Murtagh has his string in scintillating form at present, having sent out 12 winners and nine placed horses from 54 runners since racing's resumption, and his promising Dundalk winner Siamese is an intriguing candidate in this tricky premier handicap.

The Qatar Racing and Fergus Galvin-owned daughter of Kitten's Joy needs to bounce back from an underwhelming effort at the track on Guineas weekend, but she is surely better than that run suggests.

It will be interesting to see how she fares in this fillies-only event, which is the most valuable prize on day one of the Dubai Duty Free Irish Derby festival. 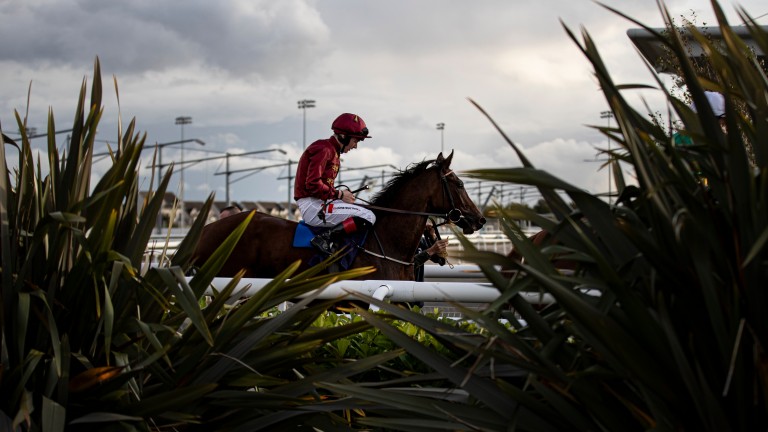 Siamese: out to bounce back from a below-par run last time
Patrick McCann

Gowran Park maiden winners Lynn Britt Cabin and Faire Croire both shaped as though they should have plenty more to come when opening their accounts earlier this month, while Shane Foley has opted against partnering fellow Gowran winner Bella Brazil in favour of St Clerans.

The pair form part of a three-pronged attack for Jessica Harrington, who also sends the capable Justina into battle, and Joseph O'Brien is also well represented, with Brook On Fifth and Music To My Ears potentially the best of his quartet.

Aidan O'Brien's Salsa, a sister to Hydrangea and Hermosa, was bitterly disappointing in the Blue Wind Stakes last weekend and needs to bounce back, while it would be no surprise to see Miss Myers play a major role if rain arrived beforehand.

Ger Lyons and Colin Keane could not be in better form at present and will bid to land another valuable pot with the first-time-blinkered Auxilia, who drops in trip from her slightly flat effort in the Salsabil Stakes 16 days ago.

Michael O'Callaghan, trainer of Faire Croire
She's a nice filly and did it nicely last time at Gowran without Leigh Roche having to be too hard on her. She's come out of it well and I think she'll keep on improving. She's got plenty of scope and I think a mile will suit her. She just needs to relax and get into a rhythm.

Frank Berry, racing manager to JP McManus, owner of Music To My Ears
She was a little bit disappointing last time but it was her first run for a good while so hopefully she'll come forward.

Miss Myers: returning to a mile at the Curragh on Friday
Alain Barr

Michael Grassick, trainer of Miss Myers
We were confident she'd stay when going up in trip at Gowran last week but unfortunately it didn't happen. She seems fresh and well in herself so hopefully she can run a nice race.

Fozzy Stack, trainer of Lynn Britt Cabin
She came out of Gowran well and seems in good shape. It looked as though she'd get a mile then so we're hopeful of a good run.

Johnny Murtagh, trainer of Siamese
We were a bit disappointed with her last time so we hope she can improve. With the way the horses are running at the moment we expect a big run.

FIRST PUBLISHED 4:13PM, JUN 26 2020
We were a bit disappointed with her last time so we hope she can improve. With the way the horses are running at the moment we expect a big run

Blindness no obstacle for Wren's Breath as she pounces late for Listed prize All In The Mind could return Pat Flynn to the big time after promising debut Is Snowfall the best filly O'Brien has trained? It's now a question worth asking Would you side with Snowfall or Love if they go head-to-head? Sublime Snowfall records biggest winning margin in Irish Oaks for over 100 years Can Breeders' Cup Mile winner Order Of Australia handle this tricky speed test?