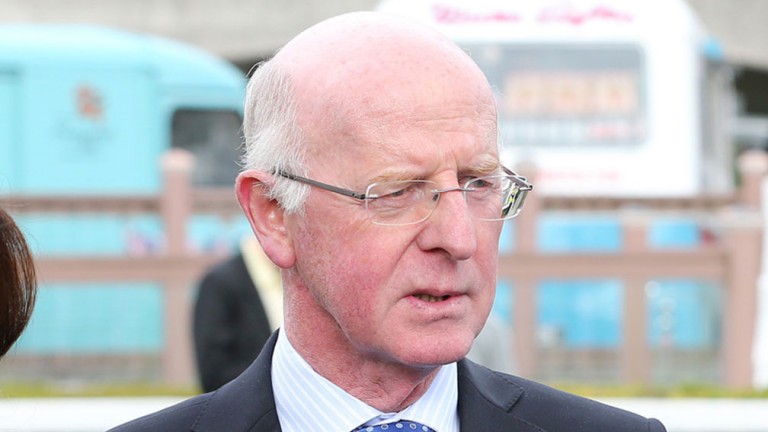 John Oxx: "The public will get fed up if there is no mystery to it and the same people are winning all the races"
Patrick McCann (racingpost.com/photos)
1 of 1
By Richard Forristal 4:00PM, NOV 6 2020

John Oxx, the legendary trainer of Sea The Stars who sent out his final runners this week, has warned that the public will become "fed up" with Irish racing unless success is shared among more trainers.

Oxx was speaking to the Racing Post as part of a big interview in Sunday's newspaper in which he looks back at his wonderful days with Sea The Stars and Ridgewood Pearl but also expresses his fears for the future of the sport.

The 70-year-old said: "There is an awful lot right about Irish racing now, it is well run and has a good structure, but trainers are struggling, including trainers who are training plenty of winners and appear successful. Plenty of those businesses are not successful.

"If racing keeps going the way it is, with an increasing concentration of power among a decreasing number of trainers, there are two things that will happen.

"Firstly, the public will get fed up if there is no mystery to it and the same people are winning all the races. Secondly, the money the government puts into the Horse and Greyhound Racing Fund has a multiplier effect. What it generates in terms of income for the country is several times what is put in, but, if they see the benefits aren't being widely spread, will political sentiment change? That is something we have to consider."

Oxx feels the solution is a centralised project on the Curragh to make training more accessible.

"The powers that be, the authorities, whoever they may be, need to build new properties," he said, "and give them to trainers who will fill them with horses, and the income for the owners of the stables will be the gallop fees.

"We need to attract the next generation of trainers, people with ambition and ability, but it has become very difficult for trainers to find the money to install gallops and then maintain them, because they are living hand to mouth. It is vitally important that we make a trainers' lifestyle attractive again, and make training viable."

Read more from John Oxx in the Big Read, available to members from 6pm on Saturday or in Sunday's Racing Post newspaper. Join Members' Club here

FIRST PUBLISHED 4:00PM, NOV 6 2020
The powers that be, the authorities, whoever they may be, need to build new properties