O'Brien has enjoyed 22 Group 1 victories in 2017 and is three short of Bobby Frankel's record for top-level successes in a year.

Outlining plans for more Group 1 success in the coming weeks, O'Brien said: "Taj Mahal and Johannes Vermeer are in Australia and the plan is for them to run in the Group 1 Caulfield Stakes over a mile and a quarter on October 14.

"If all goes well then Johannes Vermeer will probably run in the Group 1 BMW Caulfield Cup on October 21. Taj Mahal might go on to the Group 1 Cox Plate at Moonee Valley on October 28."

Johannes Vermeer, a Group 1 winner at two when he landed the Criterium International at Saint-Cloud, raced only once last year owing to injury. 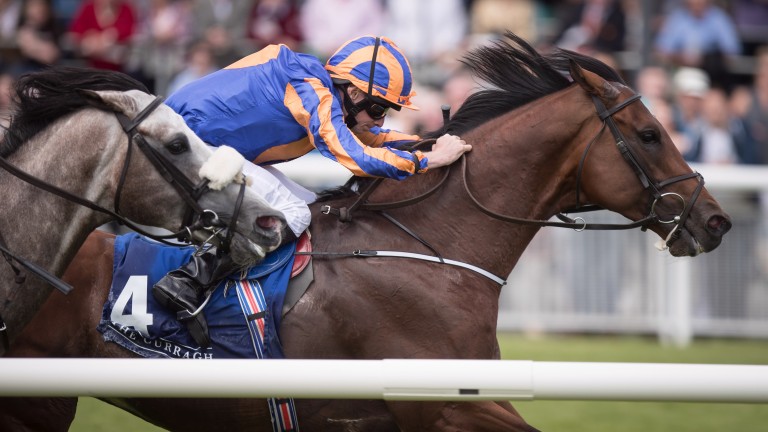 He won the Group 3 International Stakes at the Curragh in July before finishing second to stablemate Spanish Steps in the Group 3 Ballyroan Stakes at Leopardstown in August.

Taj Mahal, whose only win in 16 attempts was achieved in a nursery at Dundalk a year ago, has performed well at a high level on a few occasions this year.

He finished fourth in the Prix du Jockey Club in June and second in the Secretariat Stakes at Arlington in August. On his most recent start he was fifth in the Irish Champion Stakes last month, three and three-quarter lengths behind winner Decorated Knight.

FIRST PUBLISHED 4:39PM, OCT 5 2017
Taj Mahal and Johannes Vermeer are in Australia and the plan is to run them in the Group 1 Caulfield Stakes over a mile and a quarter on October 14