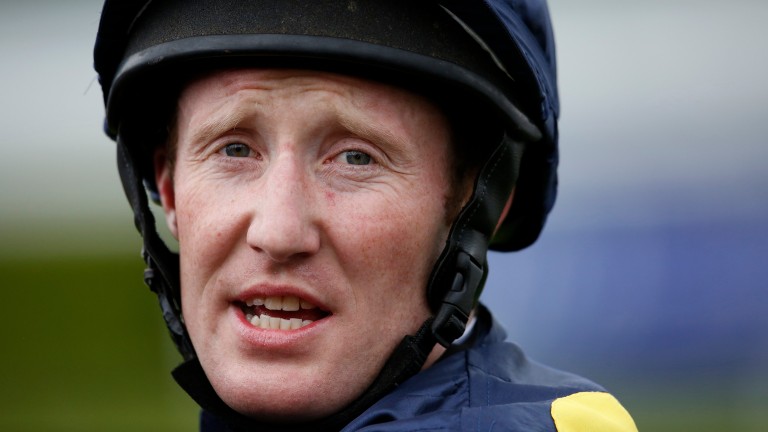 Pat Cosgrave has settled his differences with the Emirates Racing Authority and is looking forward to his first Meydan rides in almost three years when the Dubai World Cup Carnival begins on Thursday.

His mounts include one for Mike de Kock, for whom he was riding when he was controversially hit with a six-month improper riding ban in 2014, and another for Saeed Bin Suroor, for whom he partnered five winners from only seven rides in 2016.

He is expected to ride regularly for both trainers at the carnival and will be wearing the Godolphin silks on Silent Attack in Thursday's Listed Singspiel Stakes. He has also been motivated by regular supporter William Haggas's plan to have runners at the carnival.

Cosgrave, speaking from the UAE, said: "It was time to draw a line under the whole business and move on. It had to be sorted out, so I've paid up [the costs of the partially successful 2014 appeal] and I came back last Thursday.

"William is bringing horses out and I've already got rides for Mike de Kock and Saeed. It's nice to be back and I'm really looking forward to Thursday."

Cosgrave was found guilty of what amounted to team tactics following the 2014 Jebel Hatta, in which he was adjudged to have shifted his mount Anaerobio away from the rail to allow stablemate and favourite Vercingetorix, ridden by Christophe Soumillon, through on the inner for a clear run to victory.

The stewards, who took no action against De Kock or Soumillon, said that "passing the 600 metres until approaching the 400 metres, Cosgrave looked back to his inside on at least three occasions and, at the turn into the home straight, he intentionally allowed his mount to shift out approximately three horses thereby allowing stablemate Vercingetorix a clear inside run."

The ban, reduced to four months on appeal, was not reciprocated by the BHA, but the saga rolled on when Cosgrave was placed on the forfeit list by the ERA after resisting a demand for nearly £35,000 towards the costs of the appeal. He was unable to ride in the UAE while those costs were still outstanding.

FIRST PUBLISHED 2:19PM, JAN 3 2017
It was time to draw a line under the whole business so I've paid up and came back last Thursday