Jockey set for spell on sidelines after fracturing cheekbone 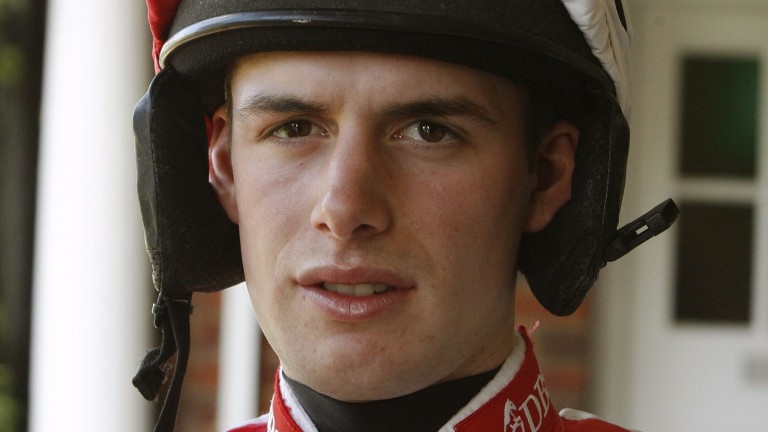 David Bass is set to be sidelined for some time after suffering facial injuries in a dramatic fall in the novice handicap chase at Ascot on Saturday.

Bass, who 24 hours earlier had enjoyed a tremendous thrill when partnering Nicky Henderson's exciting novice chase prospect Different Gravey to a good win in a hot beginners' chase, was in front on Kim Bailey's Dueling Banjos when he fell heavily at the first, bringing down Royal Milan and hampering three others, including the winner Beware The Bear.

Expedite, another fancied runner, unseated his rider independently at the same fence, but the drama was far from over, as Dueling Banjos then galloped loose and knocked down a member of Ascot's groundstaff when crashing through the rails on spotting the exit just after the winning post.

The staff member was unhurt, but Bass was not so lucky. Bailey said later at Ascot on Saturday that Bass "looked as if he had a bucket of blood thrown over him" but that it was hoped that cuts on the chin and below an eye were relatively superficial.

However, it transpired the injury was more serious and Bass, who was going really well this season, with Crabbies' Grand National runner-up The Last Samuri and highly promising Uttoxeter novice chase winner Charbel to look forward to, now joins his regular mount Barters Hill on the sidelines.

Bailey confirmed: "David has multiple fractures to his cheekbone, so we won't see him for a while, poor chap. I haven't been able to speak to him, but he texted me the news.

"We'll miss him, and he'll miss some good rides. I don't know how long he'll be out – he's waiting to find out if he is to have an operation or not – but he's going to miss horses like The Last Samuri, who possibly goes to Aintree, and Charbel, who may go to Sandown."