Jockey itching to be back but admits he must be patient 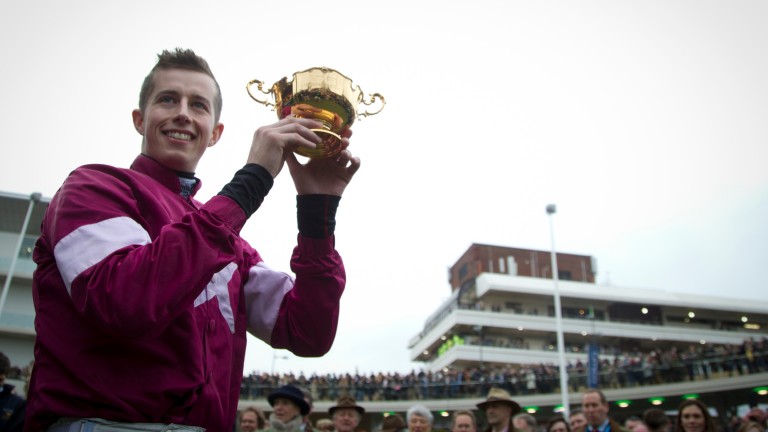 Bryan Cooper has set himself a target of two weeks before returning to the racetrack following a break to his right arm at Fairyhouse last month.

The jockey had originally aimed to make his comeback at the two-day festival at Down Royal this weekend, but has admitted defeat on that score.

"I was up seeing Paddy Kenny on Tuesday in Santry Sports Clinic and unfortunately he was not happy with the x-ray and I will need another fortnight before I'm back," Cooper said.

"I'm keeping myself busy and will be at Down Royal at the weekend. There are so many good horses to come back for and I really want a clean run at things as I've been unlucky with injuries lately."

Martin Ferris is set for a few months on the sidelines after fracturing his leg in nine places following a fall from the Mick Winters-trained Another Rebel in a handicap chase at Galway on Monday.

Dr Adrian McGoldrick on Tuesday gave an update on the 32-year-old jump jockey: "He has fractured his left tibia and fibula and he is due to have surgery today. He should make a full recovery over a timescale of three to four months."

Meanwhile, Katie O'Farrell, who also suffered a fall at Wexford on Monday, will have less time to spend on the sidelines according to McGoldrick.

"Katie [O'Farrell] has a concussion and she has been stood down for six days."

FIRST PUBLISHED 4:18PM, NOV 1 2016
There are so many good horses to come back for and I really want a clean run at things as I have been unlucky with injury lately