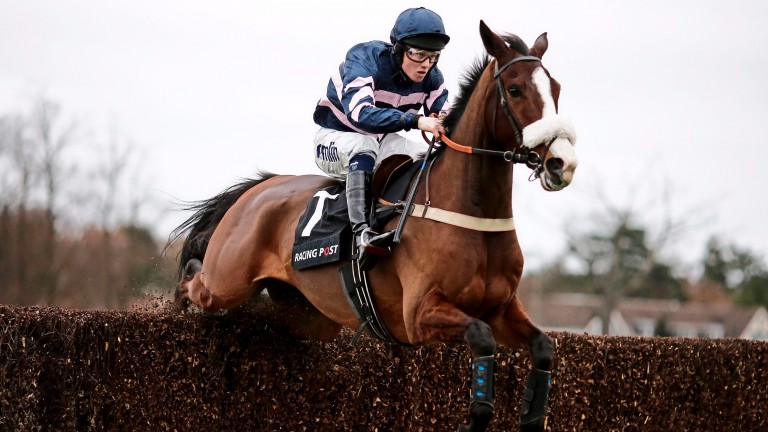 Josh Moore does not yet know the seriousness of the shoulder injury he suffered at Huntingdon on Boxing Day, but he hopes to be back in time to ride Ar Mad in his next engagement.

Moore has suffered desperate luck with injuries and said: "I've had problems with both shoulders before, and this time it's the right one. I landed on it and knew I'd done something, but I'm not sure what yet.

"I'm waiting to see Geoff Graham at Cardiff, because he was the last one to operate on me and I want to stick with him, but it's very hard to make appointments at Christmas. It couldn't happen at a more annoying time in that respect."

If Moore needs an incentive to get fit quickly then he certainly has one in Ar Mad, his father Gary's Grade 1 novice chase winner who did so well to finish a close fourth in the Tingle Creek Chase this month after a bad mistake.

He said: "I'm hoping to be back for Ar Mad, who has a choice of engagements. There's a handicap at Sandown or a conditions race at Kempton in the weekends leading up to Ascot, then there's the Ascot race [Clarence House Chase, January 21) or Ascot again the following month [Betfair Ascot Chase, February 18].

"He's pencilled in for a few races and I don't want to be missing him."