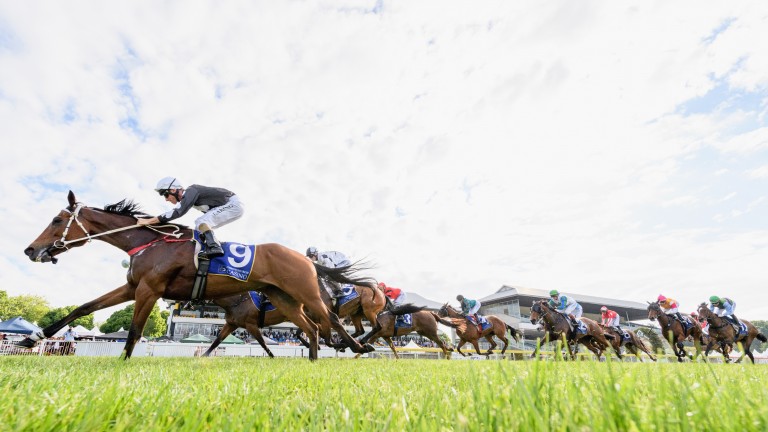 Riccarton Park: the racecourse at which Brandon Morgenrood plotted to interfere with his former girlfriend
Kai Schwoerer
1 of 1
By ANZ Bloodstock news team 10:22AM, JUN 14 2020

South African rider Brandon Morgenrood has been given a second life ban from the saddle after being found guilty of conspiracy to harm a rival during a race at Riccarton in February.

Morgenrood, who was issued a life ban for race fixing in South Africa in 2001 before the suspension was reduced to five years, made the move to New Zealand in 2016.

He was charged with attempting to cause Tina Comignaghi, his former girlfriend, to fall from Vivace Lady in an 1800-metre maiden on February 21.

Morgenrood rode Vivace Lady in trackwork, pulling unnecessarily on the horse’s mouth in order to get the filly to react mid-race, while he also approached fellow jockey Brett Murray on February 18, asking for his help in positioning Comignaghi so that he could cause interference.

Stewards, in handing down the life ban, said such a calculated, premeditated and intentional offence had no place in racing.

From a sulky sit-in protest to Epsom glory: the story of Allegiant

FIRST PUBLISHED 10:22AM, JUN 14 2020
Morgenrood, who was issued a life ban for race fixing in South Africa in 2001 before the suspension was reduced to five years