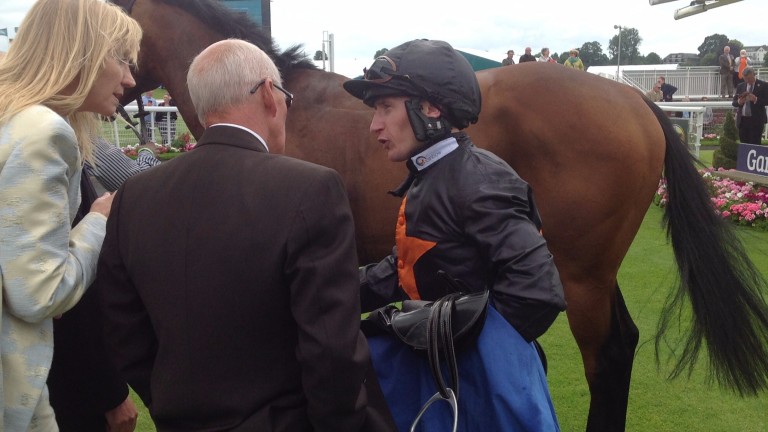 PJ McDonald will no longer assume the role of Ann Duffield's stable jockey after a breakup in the long-established partnership.

McDonald, 34, had been the principal rider at Duffield's yard in Leyburn, North Yorkshire, for four years but has not ridden for the trainer since the start of November.

Neither party was willing to comment on the severing of ties, although McDonald's agent Gareth Owen confirmed his client would be riding as a freelance this year.

Having won the 2007 Scottish Grand National as a conditional, McDonald switched to the Flat and enjoyed his most productive year in 2016 with a total of 79 winners, 18 of which were for Duffield, and a breakthrough Group 2 victory in the Betway Yorkshire Cup on the Peter Niven-trained Clever Cookie.

With over 500 Flat winners to his name, the Irishman is regarded as one the safest pair of hands on the northern circuit.

In his absence, apprentice Rowan Scott has ridden the majority of the yard's runners and increased opportunities appear likely to follow.

"We'll just use the best available as our best years have come doing that and it normally works for us," said Duffield.

"Rowan is a good lad and with a bit of luck we can really get him going this year."

Since the start of the year, McDonald has ridden for several different trainers with Mark Johnston and Iain Jardine using him the most.

FIRST PUBLISHED 1:46PM, JAN 26 2017
We'll just use the best available as our best years have come doing that and it normally works for us