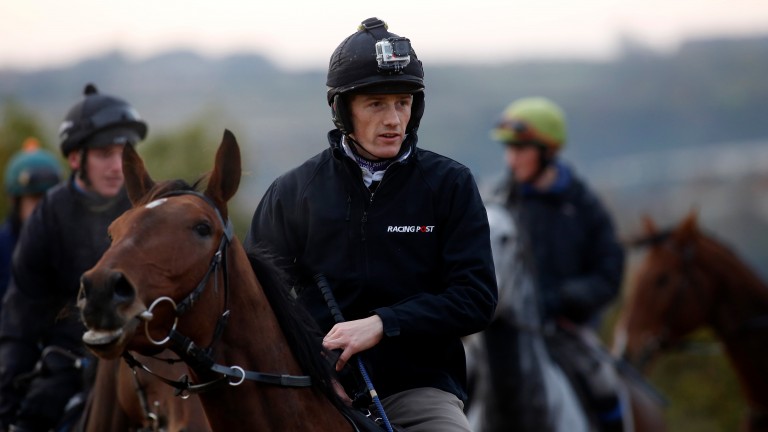 Sam Twiston-Davies has been given the green light to resume riding on November 30 after receiving the results of a CT scan on the kidney and spleen injury which has kept him out of action since October 9.

Although he will not be back in time for the Hennessy Gold Cup meeting at Newbury, Twiston-Davies said on Thursday morning that he was delighted to have been passed fit to ride in 12 days' time.

"I'll be back riding a fortnight Wednesday," said Twiston-Davies, who has been in regular contact with the BHA’s chief medical advisor Jerry Hill during his recovery.

"The scan came back okay, they just wanted to give it a bit of extra time so we came up with a time frame they were happy with and I can really get my teeth into it now. The green light is for two weeks Wednesday."

He added: "I'm absolutely delighted. It's obviously a little disappointing to miss the Hennessy meeting but it's great to have a finishing line."

FIRST PUBLISHED 1:24PM, NOV 17 2016
It's obviously a little disappointing to miss the Hennessy meeting but it's great to have a finishing line and something I can really get my teeth stuck into now