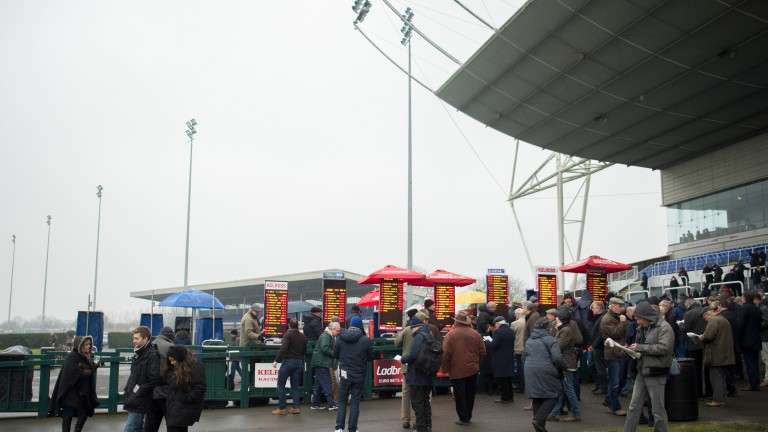 Jockey Club says there has been no discussion of changing plan
Edward Whitaker
1 of 1
By Scott Burton 5:16PM, FEB 17 2017

Jockey Club Racecourses has issued the strongest denial that any change is being considered to its proposal to sell Kempton Park for the purpose of building 3,000 new homes.

A story appeared in The Times on Friday morning which suggested that an alternative proposal was under consideration, one which would involve the sale of the eastern portion of the site but spare the area occupied by the racecourse.

The report, which contained no direct quotes, spoke of concern within JCR that the plan to sell the entire site for £100 million was in danger of failing at the planning level and that a less ambitious development of 1,200 homes would have a better chance of gaining the necessary approval.

But a Jockey Club statement said: "Nothing has changed since The Jockey Club announced on 10th January the submission of our full estate at Kempton Park for consideration in Spelthorne Borough Council's Local Plan.

"Any suggestion to the contrary is inaccurate. We now await the outcome of Spelthorne's Local Plan Review process."

Last week Spelthorne council leader Ian Harvey reiterated his vehement opposition to the plan, which will not only mean the end of racing at Kempton but the loss of Green Belt land.

In introducing the government's recent planning white paper in the House of Commons, communities secretary Sajid Javid said that Green Belt would only be given over to developers in "exceptional circumstance."

FIRST PUBLISHED 3:25PM, FEB 17 2017
Nothing has changed since The Jockey Club announced on 10th January the submission of our full estate at Kempton Park for consideration in Spelthorne Borough Council's Local Plan