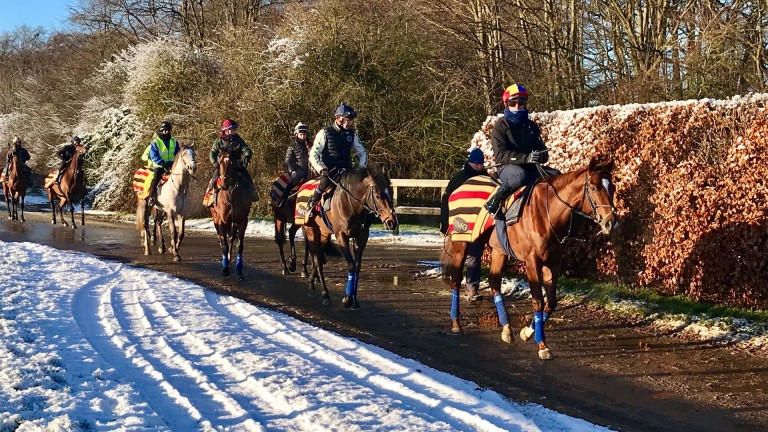 Jockey Club Estates had to request trainers to pull out an hour later in Newmarket on Wednesday morning as the effects of overnight snow, rain and temperatures of -3C made walking grounds and roads in the area tricky underfoot.

Only a few days ahead of the traditional opening of the grass canters on Warren Hill on February 1, maintenance staff were hard at work to keep all-weather facilities open and most of the walking grounds were passable although some trainers elected to stay indoors at first lot. 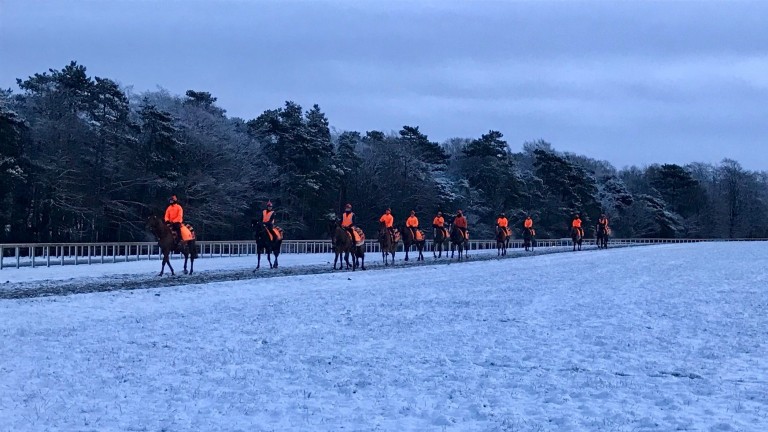 John Gosden was among those to stay at home first lot but Frankie Dettori was able to get in to partner Listed Winter Derby Trial hope Wissahickon on the Al Bahathri Polytrack at second lot at 9.15am.

The champion trainer said: "It's early days for the likes of Enable and Stradivarius and they just trotted first lot but we were able to work some horses on the Al Bahathri at second lot. They've done a great job with the walking grounds and were able to get the likes of Too Darn Hot up Warren Hill a bit later."

One advantage of training close to the bottom of Warren Hill is that accessing the canters is easy in all weathers. Sir Mark Prescott, who trains at one such property Heath House, said: "Tregonwell Frampton who first built on the site of my yard in 1666 was not stupid as he just wanted to be closest to the hill.

"One beauty of Heath House is our covered indoor ride which is a furlong round and enabled us to stay at home altogether at first lot although we cantered some on Warren Hill at second lot." 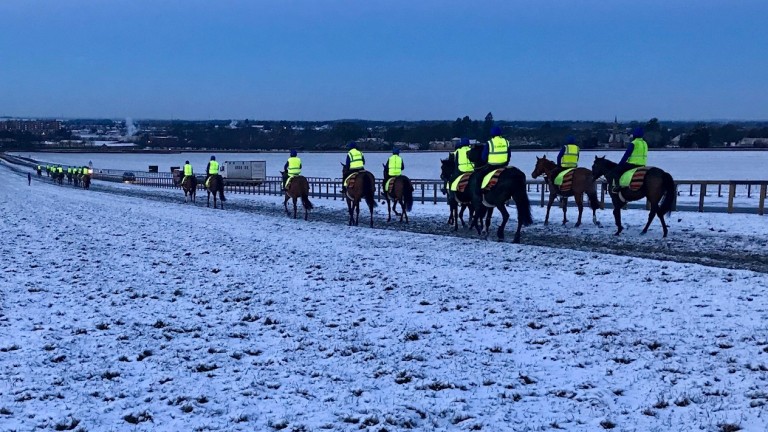 Michael Bell, who trains at Fitzroy House in the centre of the town, has had to use the High Street in previous years to beat the freeze but it was very much business as usual. He said: "We used the High Street a few times last year but the walking grounds were well gritted and we've been able to access the canters the conventional way."

It was the first snow of the winter in West Suffolk and more is forecast into Thursday although it will not be on the scale of last year's 'Beast from the East' which hit in February and March.

FIRST PUBLISHED 4:13PM, JAN 30 2019
One beauty of Heath House, although maybe to look at, is our covered indoor ride