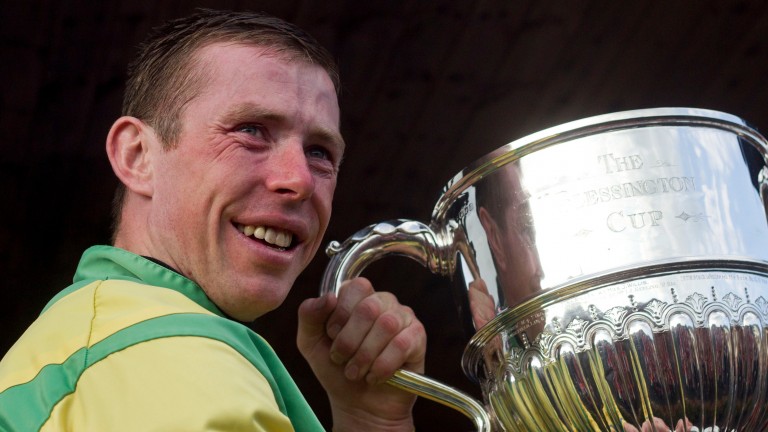 Four-time Cheltenham Festival-winning jockey Andrew Lynch has brought his memorable riding career to a close after admitting defeat in his attempts to return to the saddle following a shoulder injury in February 2019.

The 36-year-old, who rode 20 Grade 1 winners from 2007 to 2015 and partnered star two-miler Sizing Europe to victory on 15 occasions, had been optimistic about making a comeback during his recovery from damaged shoulder nerves suffered in a fall at last year's Dublin Racing Festival.

However, Lynch's plans were halted on medical grounds and instead he will focus his attention on his fledgling breeze-up and breaking business.

Lynch told the Racing Post: "It's official now that I'm not going to be allowed back to ride. I had been doing everything in my power to return, but the specialists haven't been happy with the injury. I have trouble lifting my arm above my shoulder.

"To be fair to the doctors, they gave me every chance to see if I could come back. There are a lot of people worse off than I am and I've had a very good career. Thankfully I have the horses at home to put my time and efforts towards." 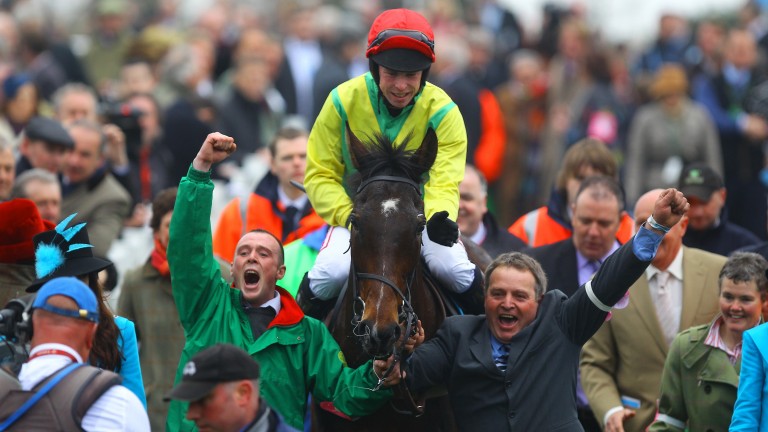 Lynch rode his first winner under rules aboard the Al O'Connell-trained Tristernagh at Downpatrick in May 2002 and was consistently one of the busiest jockeys in Ireland, having a remarkable 694 rides during the 2015-16 Irish jumps season – 257 clear of the next most in-demand rider during the campaign.

That season yielded his best ever domestic tally of 62 winners, while he recorded a total of 513 successes under rules in Ireland and Britain during his career.

"I was lucky to come across some very good rides for brilliant people from the start," he said. "From the Dreapers, who gave me my first point-to-point winner, to Al O'Connell, Tommy O'Neill, who I first started riding out for, Martin Murray, Michael O'Brien, Paul Gilligan, Henry de Bromhead, Peter Casey – the list is endless. I was blessed with the opportunities I got." 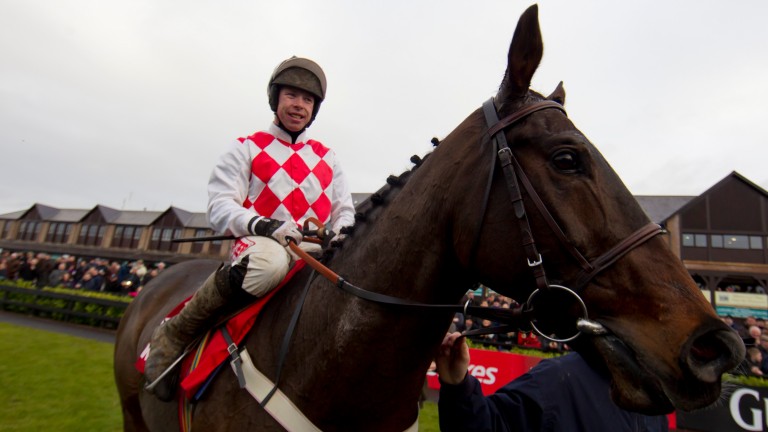 Lynch's career had plenty of quality performers to accompany the impressive quantity of rides he took each year.

The rider's other two Cheltenham Festival successes came in the 2010 Albert Bartlett Novices' Hurdle aboard the Paul Gilligan-trained Berties Dream and in the 2011 Glenfarclas Cross Country Chase on Sizing Australia, owned by the Potts family, for whom Lynch was their original retained rider before Johnny Burke succeeded him in August 2014.

Lynch, a native of County Meath, will also be remembered for partnering the hugely popular Flemenstar to each of his ten wins under rules, including four at the highest level. He bagged the 2008 Welsh Grand National and two Grade 1s aboard Notre Pere, highlighted by a 2009 Punchestown Gold Cup victory.

There were further Grade 1 wins in the Powers Gold Cup on Jadanli, Hatton's Grace Hurdle on Voler La Vedette, John Durkan Memorial Chase on Rubi Light, Future Champions Novice Hurdle on Cash And Go and a top-level double in juvenile hurdles aboard the Dermot Weld-trained Hisaabaat in 2012.

"It's so hard to single out one day as a highlight because there were so many," said Lynch. "When Flemenstar was on song he was some horse to jump and Sizing Europe gave me some unbelievable days at Cheltenham – the Queen Mother and Arkle were amazing." 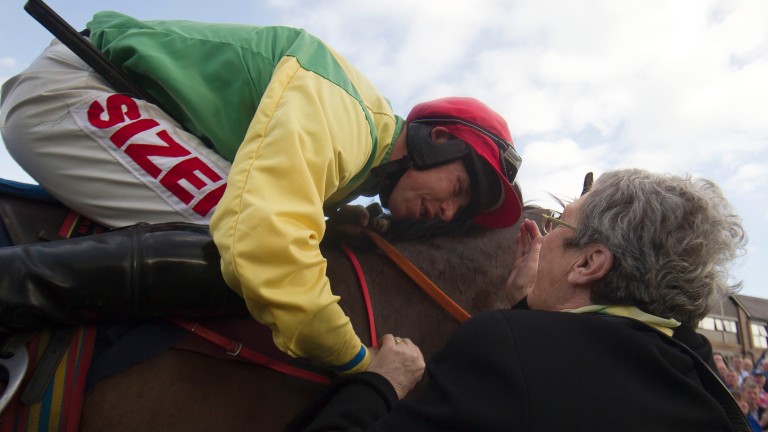 Andrew Lynch celebrates with the late Ann Potts after winning aboard Sizing Europe at the 2014 Punchestown festival
Patrick McCann (racingpost.com/photos)

He added: "Even Voler La Vedette's second to Big Buck's in the World Hurdle was a fantastic run – she ran her heart out and was great in winning the Hatton's Grace too. Notre Pere and Berties Dream were part of some incredible days and another one that meant a lot to me was Victram's win in the 2006 Imperial Cup.

"Ado [McGuinness] put me up on him even though it was my first ride back from a three-month layoff after breaking my arm. It was great to repay the faith he put in me as a 5lb claimer."

He said: "We knew back in January that we had good horses – I was telling everyone about them and a few people didn't listen to me. Thankfully they went on to do what I thought they could and it turned out to be our best year in terms of the breeze-ups. I get a big buzz from seeing the horses we work with go on to do well on the track."

Four runners suited by the easing ground at Sandown on Friday

FIRST PUBLISHED 10:00AM, DEC 4 2020
The doctors gave me every chance to see if I could come back. There are a lot of people worse off than I am and I've had a very good career