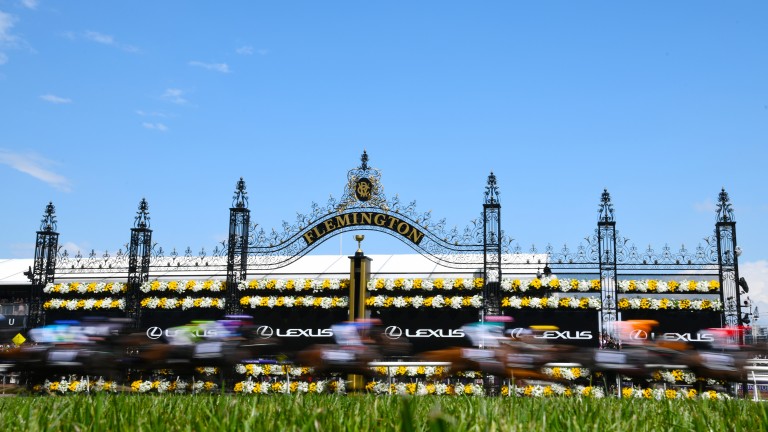 Australia: new ruling against jockeys' agents will be introduced in March next year
Vince Caligiuri
1 of 1
By Racing.com UPDATED 10:11AM, DEC 11 2018

Racing New South Wales has announced a new rule that will see jockey agents banned from tipping and betting on races involving their clients.

The rule was initially proposed in April this year but was put one side until Monday, when the rule was officially announced ahead of its implementation in 2019.

Any rider's agent who:

(a) bets, has an interest in a bet, or facilitates a bet; or

(b) provides either directly or indirectly to any person for any direct or indirect financial or other benefit (regardless of whether such benefit materialises) any tip, or any other information or advice that may influence any person to bet,

(a & b) on any NSW race in which a rider whom the rider's agent represents (in accordance with AR1) is engaged to ride, commits an offence and may be penalised. For the purposes of this rule, a bet includes a lay bet.

The new rule does allow a jockey manager to be exempt from the rule provided they 'seek written approval from Racing NSW'.

"To be exempt from the provisions LR71A, such application must be made in writing to Racing NSW prior to the commencement date," Racing NSW said in a letter to agents.

"Please note that unless written approval is obtained from Racing NSW then the provisions of the rule are effective 1 March 2019."

The ban has significant implications for a number of agents who work across media outlets providing tips or those with subscription-based tipping services.

FIRST PUBLISHED 9:47AM, DEC 11 2018
It has significant implications for a number of agents who work across media outlets providing tips or those with subscription-based tipping services