Declan Lavery has labelled his ten-day ban after finishing third on Jerrysback in the National Hunt Chase at Cheltenham as unfair, as it was revealed on Sunday he has launched an appeal.

The amateur rider, 27, will go into the appeal at BHA headquarters in London this Thursday with the support of some of the biggest names in jump racing, including Jerrysback's owner JP McManus, his trainer Philip Hobbs and Sir Anthony McCoy.

Lavery was banned along with Noel McParlan and Robert James, the trio receiving an aggregate 37 days' suspension, after the attritional four-mile race on soft ground at the festival on Tuesday, when only four of the 18 runners finished, with Jerrysback beaten 47 and a half lengths.

The bans – Lavery's in particular – proved a major bone of contention at Cheltenham, with McCoy, Nicky Henderson, Derek O'Connor and Ted Walsh among those to criticise them, while also calling into question BHA policies concerning welfare, which chief executive Nick Rust has robustly defended.

Lavery, speaking at Wexford on Sunday, said: "Hopefully it’ll be overturned as I think it's pretty silly what's happening. The horse seemed sound after the race and walked back down the chute 100 per cent. I didn’t abuse him – I didn't hit him in the closing stages – and he jumped the last pretty well.

"I have the right people on my side for the appeal. Frank Berry [the owner's racing manager] and JP McManus are going to help me and AP McCoy has also been on to me.

"Ten days is a very long time and I don’t think it’s fair. I've been riding long enough to know that if Jerrysback wasn't going to get over the last I wouldn’t have jumped it."

Lavery, who finished fourth aboard Moscow Mannon in the 2012 Champion Bumper at the festival, added: "I'm not stupid enough to put myself and the horse in danger. I’ve ridden about 80 winners and rode around Cheltenham as a professional for Willie Mullins. It's not like this was my first ride around Cheltenham. It really annoyed me.

"Not only that, they didn't call me in straight away either. I was down at the stable yard an hour after the race feeding horses for the sales when they called me and told me I needed to come back up. I was delighted to have got the horse round for JP McManus and getting the ten-day ban took the buzz right out of it."

The Cheltenham stewards, who included former riders Simon Cowley and Adrian Sharpe, handed out Lavery's ban on the grounds he had continued when it appeared to be contrary to his mount's welfare after tired jumping errors at the final two fences.

Rust did not want to comment on the appeal directly, but he said on Racing TV's Luck On Sunday: "I defy anyone to say the National Hunt Chase was a good example of what our sport is all about or did anything to help us.

"It's tough for jockeys because we're putting more pressure on them by the way rules are being managed. We're putting a high price on saying you must look after your horses above everything else and at the same time must obtain the best possible position.

"I'm sure that will be tested out in the appeal, but we must do that."

Hobbs defended Lavery on the programme, saying: "I don't think Jerrysback was that exhausted he should have been pulled up.

"I was surprised he got a ban bearing in mind he gave him a chance to get his breath a bit after he jumped the second-last carefully, and he jumped the last better. He was fine after the race and to my mind wasn't exhausted."

The trainer added: "No vet was asked to see him after the race, which I think is relevant. And the next day the horse was grand at home." 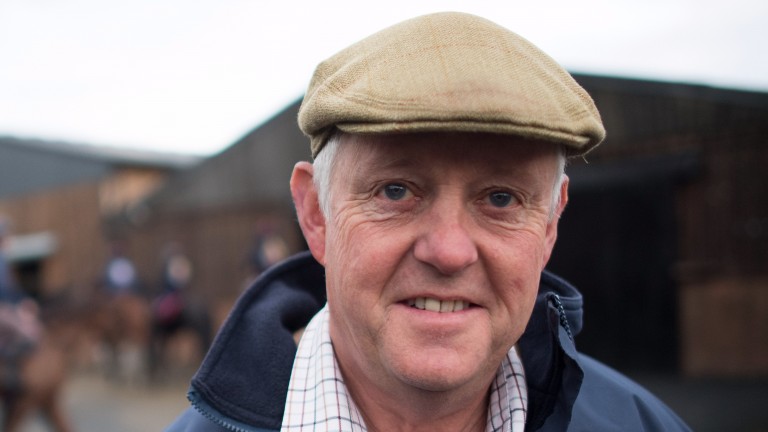 Philip Hobbs: "I don't think Jerrysback was that exhausted he should have been pulled up"
Edward Whitaker

Damien Skehan, who rode the fourth and final finisher in the race, Clondaw Cian, also faced a stewards' inquiry the next day but was found not in breach of the rules.

Lavery added: "One thing I can’t understand is how the jockey on the fourth didn’t get done but I did. Damien Skehan gave his horse two back-handers after the last, yet I didn’t lift my stick and passed him with ease. I don’t get it."

In an impassioned exchange with Nick Luck, Rust strongly defended the BHA's welfare stance, saying: "I've owned horses since 2005, mostly on the jumps side. I absolutely love the jumps.

"And I'm looking at the lessons of history – about hunting, coursing, circuses, sea life, dolphins. It's all changing and they didn't move [with public opinion] in time.

"I don't want us to appease, I want us to stay ahead of it by robustly arguing we're doing all we can as a sport to manage avoidable risk.

"This isn't just about the so-called antis and the sport needs to wake up a little bit to this." 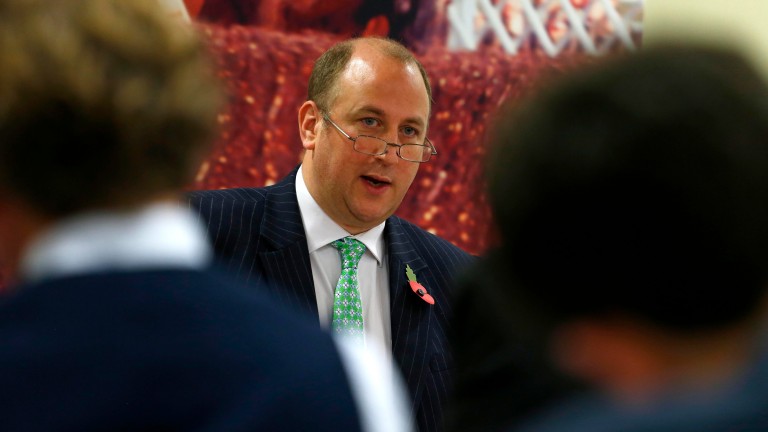 Nick Rust: strong defence of the BHA's welfare stance
Rust also called for the sport to invest more money in promoting its welfare record to politicians and the public.

He said: "We need to get real, we need to put money behind it – £70,000 for The Horse Comes First [British racing's welfare PR campaign] is all the sport has . . . give us some money, give Great British Racing some money, then we'll push even harder."

FIRST PUBLISHED 12:37PM, MAR 17 2019
Ten days is a very long time and I don?t think it?s fair. I?m not stupid enough to put myself and the horse in danger