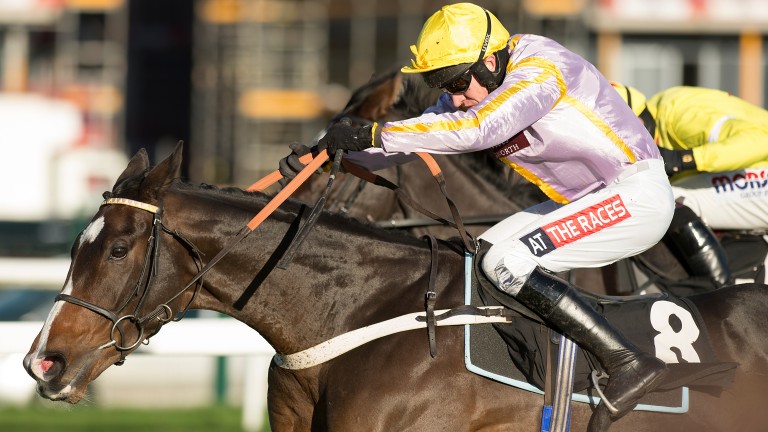 Do not give up on Jenkins and Charli Parcs, says Nicky Henderson, who believes the pair are still capable of showing the form that made some speculate they could join the elite at Seven Barrows.

Jenkins won two of his three outings last season, but hopes of him making the Supreme Novices' Hurdle, for which he was favourite at one point, were never realised.

"I do hope he's back and I have an inkling we're getting there because that was a disaster of a year," said Henderson, left baffled by the handicapper's assessment of the Azamour gelding's form.

"How he got rated 137 is beyond me. He's only rated that high because he was being hyped as a Supreme horse.

"He has no more performed to 137 than flown to the moon. He won two shocking races and 117 would have been more like it.

"There's nothing to tell you he's 137 on what he's achieved, but I'm hopeful we can get him back because I do think he's a good horse, even if he wasn't one last year. There are little buds appearing; we've schooled him a few times and he's been completely different."

Charli Parcs was talked up as a Triumph Hurdle player after bolting up at Kempton, but he fell on his subsequent start and finished sixth at the festival.

"I always thought Charli Parcs was going be a top-class horse and he is, and he will be," added Henderson, who is thrilled with how Fred Winter second Divin Bere, who pushed Triumph winner Defi Du Seuil all the way in Aintree's Anniversary 4-Y-O Juvenile Hurdle, has summered, noting: "He's done very well and looks fantastic."

His problem, the trainer concedes, is defying a lofty mark as a four-year-old hurdler stepping into open company, something also facing Call Me Lord, who made his only start for the Lambourn maestro a winning one at Sandown on the final day of last term.

He said: "They've batted themselves into the 140s and we know what the second season is like for the juvenile hurdlers – tough."

Lough Derg Spirit's mark of 137, in part down to smooth wins at Kempton and Musselburgh, is "maybe more workable" and there could be a decent handicap hurdle in him, although a switch to chasing is an option as his schooling over fences has been high class.

Supreme sixth Beyond Conceit, who relished stepping up to 3m½f when second in the Sefton Novices' Hurdle, will be aimed at staying hurdling prizes, while Thomas Campbell is "going the right way" and Tales Of The Tweed "progressed enormously" last term.

The conveyor belt of young talent at Seven Barrows rarely stops turning and this autumn is no different with a clutch of bumper horses and new arrivals whetting the appetite that they might be the next Sprinter Sacre or Altior.

Champion Bumper third Claimantakinforgan is "probably the best of the bumper horses from last season" according to Nicky Henderson, who rates dual winner Captain Woodie as "very promising".

The trainer was also impressed with how Royal Ruby and Storm Of Intrigue won their bumpers and there should be more to come from Doux Pretender, who was green on his debut for the stable, while Take To Heart, Monbeg Legend and Follow The Bear are already winners over hurdles, but remain novices for the season. 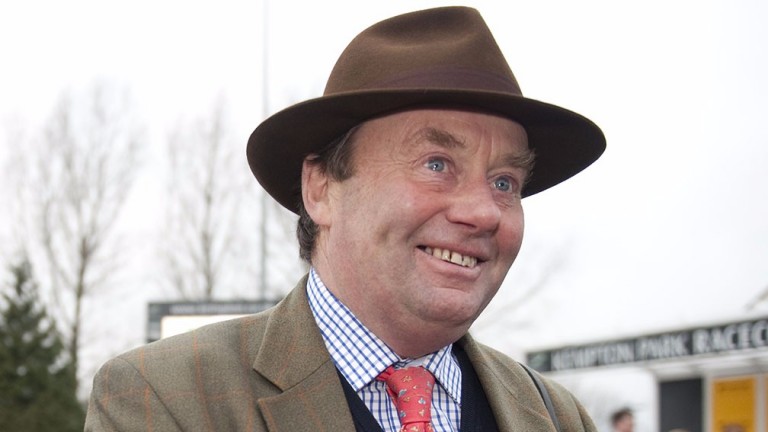 Nicky Henderson: rates Claimantakinforgan "probably the best of the bumper horses from last season"
Edward Whitaker
The summer signings are also well thought of, but there is one area Henderson is lacking in.

He said: "On The Blindside is a five-year-old who won from a big field in a point-to-point that has produced some winners, while Burrows Edge and Cracking Destiny look likeable, sharp types.

"Mr Whipped and Pacific De Baune are also coming along nicely and Settie Hill is an interesting sort who won a bumper at Market Rasen before joining us. He's a half-brother to Toast Of New York, whom Michael [Buckley] had such fun with on the Flat. He looks the part, while The Bottom Bar, Indian Hawk, who won an English point, and Turtle Wars are others to note.

"We are, however, drastically short on three-year-olds and have only We Have A Dream, a likeable, little horse who won in France, and the gorgeous Apple's Shakira, but we need some three-year-old ammo otherwise we aren't going to win the Triumph."

Nicky Henderson has traditionally been a force with mares and expect that to remain the case in the 2017-18 campaign as the trainer has what he describes as an "amazing bunch".

Of the senior sorts in that division, he reckons we did not see the best of high-class French import Kotkikova last term, but "she seems in particularly good form" and is pencilled in for a brace of mares' chases in November, while Casablanca Mix will also go over fences.

Kayf Grace, winner of the Grade 2 bumper for mares at Aintree last year, and the smart Verdana Blue, who was fourth in the Trull House Stud Mares' Novices' Hurdle at the festival, are others Henderson is relishing seeing in action. 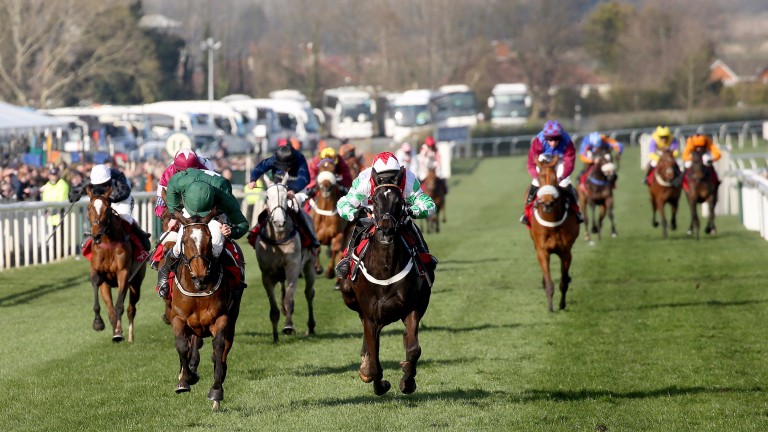 Kayf Grace (centre): one of a strong group of mares that has Nicky Henderson purring
John Grossick / racingpost.com/photos

"Kayf Grace won her first start over hurdles at Bangor very easily and I thought she was made for the Trull House [the mares' novice hurdle at Cheltenham], but she was lame behind and didn't make it," he said. "She's back and looks great, but the annoying thing is she won her only start over hurdles, so is a once-raced non-novice. That makes life very difficult, but she's a very talented mare, as is Verdana Blue, who could start at Wetherby on Charlie Hall day. I like her a lot and she loves decent ground."

"I've got a batch I think are absolutely staggering and if we can't find something good, I won't be doing my job very well," he added. "I have to start with three of JP's [McManus] who are three of the most gorgeous mares I've seen in a long time.

"Dame De Compagnie is a four-year-old who was second at Auteuil last October and is beautiful. I love her, as I do Countister, who isn't the biggest but won a Flat race and four AQPS races in France. I adore her and JP's third is Apple's Shakira, a sister to Apple's Jade who has won her only start over hurdles. These are three sensational fillies.

"To go with them is Melangerie, who won two bumpers including a decent race at Cheltenham, and I hope the Queen has a nice filly in Sunshade, who won her only bumper and could be exciting.

"Tell It To Me also won a bumper in good style and The Vocalist will be our Million In Mind horse this season, while Monbeg Zena, Loveherandleaveher and Kupatana are point-to-point winners from Ireland we rather like; they're lovely types and that's a fierce bunch of girls."

FIRST PUBLISHED 6:00PM, SEP 24 2017
He has no more performed to 137 than flown to the moon. He's only rated that high because he was being hyped as a Supreme horse