Talk of the Tracks UTTOXETER 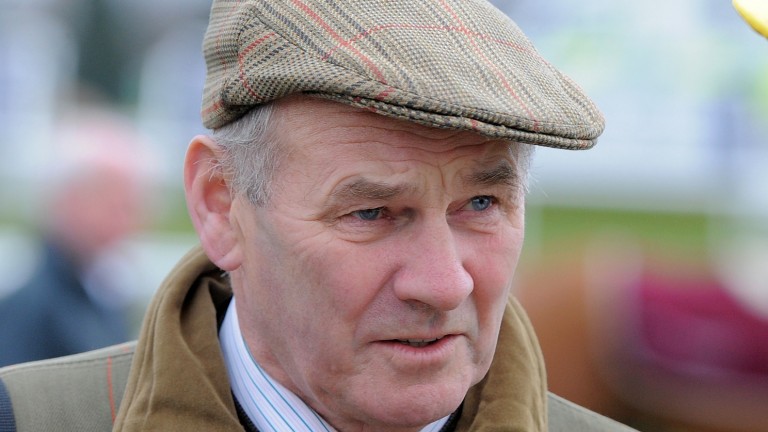 To do something once is luck. To do something twice is skill. For the second time in four days Malcolm Jefferson successfully brought a horse back from a mammoth layoff as Secrete Stream, on his first start for 707 days, followed the example of Hi George, who won at Ayr on Wednesday after an absence of 697 days.

"He's been in a long time as he had a bit of heat in his legs, but he's a fair horse," said the in-form trainer after Secrete Stream scooted clear to land the 2m4f handicap hurdle by an ever-increasing eight lengths.

As well as running Newstead Cottage Stables in Malton, Jefferson is also committee chairman for the nearby Langton Wolds gallops and the facility has been a major asset for preparing his horses.

"The all-weather gallops we have now are a big help and we certainly wouldn't have been able to get them ready after such a layoff on the grass," he added.

Jefferson hit the target with his only runner of the day to enhance his strike-rate in the last two weeks to 50 per cent (7-14).

Williams at the double

The form of the Evan Williams stable has changed in unison with the weather as Pobbles Bay and Report To Base provided the Welsh trainer with a double.

Williams had a quiet time of it with a sole success from the start of August to the end of October, but after four winners in the last six days he has clearly turned the corner.

"We've been waiting for the rain and there's plenty more to come," said the trainer's wife Catherine, who was glad to see a further ease in the conditions following a wet morning.

By the time of the feature £15,000 handicap chase, the ground had been changed to soft and it suited Ffos Las regular Pobbles Bay down to a tee.

"It's a case of the softer the ground the better and the strong pace on that ground suited him," said winning rider Leighton Aspell, who hot-footed it to Cheltenham to ride in the bumper.

Earlier Aspell was all out at the finish as Report To Base, bought by owners William and Angela Rucker for £85,000 after winning an Irish point, knuckled down to hold off Kafella over a trip seemingly on the short side in the 2m novice hurdle.

The 30-year-old, who is based at Stockton Hall in Cheshire, has struck twice on the all-weather at Newcastle since starting out proper in April and was delighted to get off the mark in this sphere.

There will have been family celebrations as the six-year-old landed the 2m handicap hurdle in the colours of the trainer's father Lord Daresbury.

A doff of the hat to trainer Malcolm Jefferson for getting two horses coming back from near two-year layoffs to win this week.