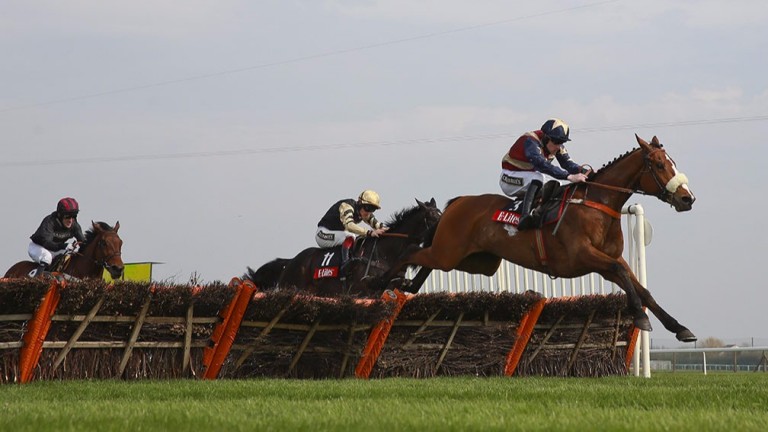 With Faugheen and Annie Power yet to appear, the Stan James Champion Hurdle looks ripe for a dark horse to emerge from the shadows, and trainer Malcolm Jefferson is hoping he has one in the shape of the long-absent Cyrus Darius.

The eight-year-old is due to contest Haydock's Grade 2 trial for the Cheltenham championship on Saturday, for which ten entries were received after the race reopened.

Off since a novice chase win at Perth in September 2015, Cyrus Darius is unbeaten in three starts over hurdles, winning by ten, 23 and 12 lengths.

Among those wins was an impressive victory in the Top Novices' Hurdle at Aintree's Grand National meeting in the spring of 2015.

His possible rivals include Champion Hurdle regular The New One, who has won the last two runnings of the race, dual Fighting Fifth winner Irving, whose participation was on Tuesday confirmed by trainer Paul Nicholls' assistant Harry Derham, Relkeel runner-up L'Ami Serge and the Willie Mullins-trained Ivan Grozny.

Jefferson, 70, said: "He's an intended runner [on Saturday]. He got a bit of heat in a tendon and we took our time bringing him back.

"He didn't come in until September and he's had a very long, steady preparation. He seems in good order and is ready to run. The race will definitely bring him on a bit, but he's as fit as we can get him at home and he looks fantastic."

Jefferson, who saddled Dato Star to finish sixth and 13th behind Istabraq in a couple of Champion Hurdles, is keen not to get carried away by the comeback, but did reveal he had entered the eight-year-old in the main hurdling event at Cheltenham in March.

"I'm only looking beyond Saturday into Sunday to make sure he comes back all right and then we'll decide what we do, but he's got an entry in the Champion Hurdle," added the North Yorkshire trainer.

"Brian Hughes will ride and has schooled him the last few weeks, which has gone well. He's a very good horse and we're looking forward to running him because he's a very good horse. How good a hurdler he'll be I don't know. He was very impressive at Aintree but ran in only one chase after that.

"We decided to come here and it's been the plan. He's a big, high-actioned horse and I don't think he'll be bothered by the ground, and he has a lovely cruising speed.

"I'll just let the horse do the talking. It's horses who win races, but everybody has worked hard to get him back and he's in great fettle. If everything goes well I expect him to run a really nice race and that will tell us a lot."

"It's a matter of speaking with owners and seeing what works best later in the week, but Le Prezien, Politologue and Ibis Du Rheu are all in good form and if they don't run this weekend they'll be running soon," Derham added.

Timico Cheltenham Gold Cup buzz horse Alary is another in line to run at Haydock this weekend and is 3-1 favourite for the Peter Marsh Handicap Chase.