Friday Action BACK IN BUSINESS 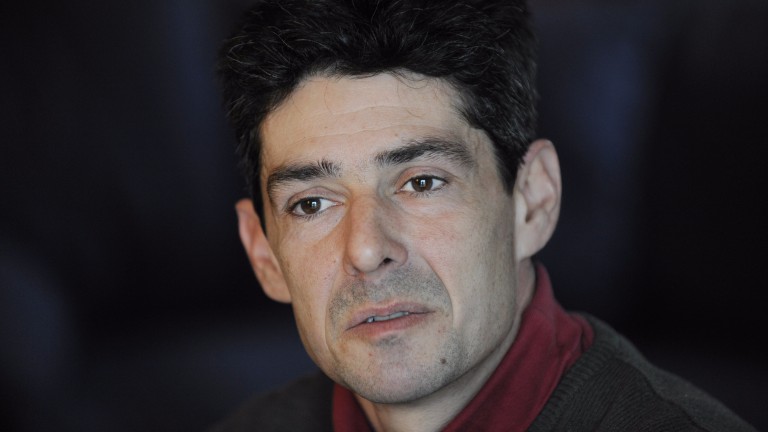 Jean-Rene Auvray, who blamed the recession when sending out his final runners more than seven years ago, makes his return to the training ranks at Warwick on Friday when saddling Anif in the juvenile hurdle (12.50).

Widely known in the game as 'JR', Auvray started training in 2001, but moved from Lambourn to Warminster in Wiltshire in June 2009.

However, the trainer, who saddled a handful of winners on the Flat and over jumps, called it quits less than a year later to join Martin Collins Enterprises, supplier of synthetic racing surfaces including Polytrack, as racing sales manager.

The 49-year-old Frenchman is now based near Calne in Wiltshire and will start with four horses, although he was planning to take that to five by buying one at Ascot's sale on Thursday.

Speaking from there, he said: "I can't resist it. We've had the opportunity to go back to training and we've embraced it. I was with Martin Collins for seven years and it was a useful experience and I learned an awful lot, but ultimately training is where my heart is.

"I've got 20 boxes and the use of 1,000 acres with a lot of grass gallops and there's a plan to put in an all-weather gallop. I'll take jumpers and Flat horses – anything – as long as they are able to race and win."

Auvray, who had spells working for Martin Pipe, Nicky Henderson and Charlie Mann before training in his own right, added: "We acquired Anif at Doncaster sales in July and he's been giving us a lot of satisfaction and schooling well. Kevin Jones is on board and he's good lad, who is taking some weight off, so that's not a bad thing.

"We probably could have looked for an easier race to start – this is quite competitive – but it's convenient for everyone to go there.

"We have to be realistic, but the horse is well and hopefully we can start with a bang."

FIRST PUBLISHED 6:00PM, NOV 9 2017
We probably could have looked for an easier race to start – this is quite competitive – but it's convenient for everyone