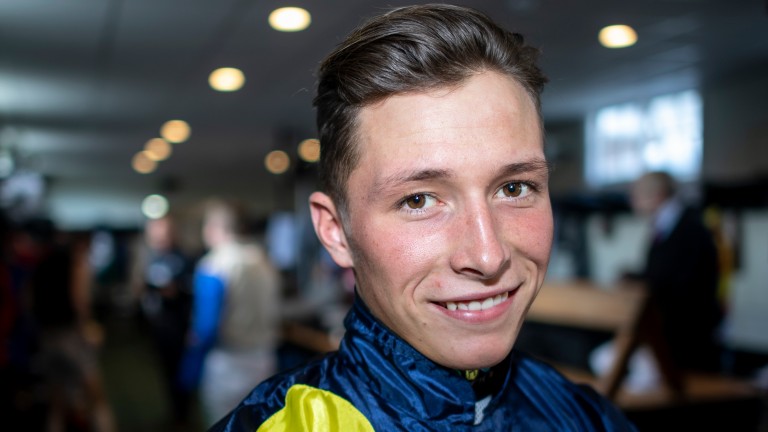 Roger Charlton has announced that champion apprentice Jason Watson will ride as first jockey for him in 2019.

In a post on his stable's website, Charlton said: "I am really pleased to announce that Jason Watson, this year's champion apprentice, will be riding for Beckhampton as first jockey next year. I have watched his progress with interest and I have been most impressed by what I have seen."

Watson started the year as a 7lb claimer with two wins to his name but has amassed 110 so far in 2018 and won the champion apprentice title by a large margin.

"He is very strong, stylish, determined and he has a good understanding of race tactics," said Charlton. "You only have to watch the ride he gave to God Given when she won her Group 1 for Luca Cumani in Italy to realise how good he is."

That win last month was a first at Group level for Watson, whose biggest success in Britain this year came on Gifted Master in the Stewards' Cup for Hugo Palmer.

Kieran Shoemark had been Charlton's principal rider in 2018, but is currently suspended after testing positive for a banned substance believed to be cocaine and is facing a ban of six months. Charlton has suggested he will stand by Shoemark, who may however be suspended well into the 2019 turf season.

Charlton confirmed that Adam McNamara would continue to ride as second jockey for the yard.

FIRST PUBLISHED 7:39PM, DEC 17 2018
You only have to watch the ride he gave to God Given to realise how good he is