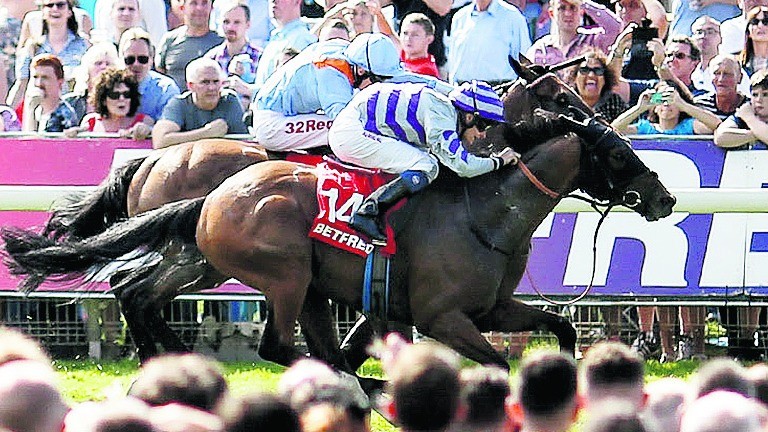 Iain Jardine has arrived in Australia to oversee the final stages of Nakeeta's preparation for the Melbourne Cup on Tuesday week.

Jardine, who will become the first Scottish trainer to be represented in the Flemington showpiece, was at the Werribee quarantine centre on Sunday morning to catch up with his Ebor winner.

"I'm really pleased with the way he looks," Jardine said. "The boys have been doing a good job with him and until now his preparation has gone very well.

"I've been seeing videos and photos that the boys have been sending over every day so it was what I was expecting to see."

The experienced Glyn Schofield has been booked to ride the six-year-old and Jardine explained it was the exploits of Heartbreak City, who won last year's Ebor before being narrowly denied by Almandin in the Melbourne Cup, that encouraged the team to take a chance with Nakeeta.

"Heartbreak City did the same as what our horse did this year," Jardine said. "That gave us the same ambition to come out here and he's a very similar sort of horse."

Away from Werribee, Winx remained the talk of Australia on Sunday following her third consecutive success in the Cox Plate at Moonee Valley.

The big question is now where Winx may be seen next and although the $2 million Emirates Stakes at Flemington on November 9, a race that has been repositioned to attract Cox Plate winners, is a viable option trainer Chris Waller said he will be guided by the mare.

"She'll be well looked after either way she goes. The horse comes first," he said, rating her chances of a return to Flemington at 40 per cent.

Waller has previously indicated that a decision on any potential European campaign will be made after the Group 1 George Ryder Stakes in Sydney in March and there appears to have been no change to that position.

FIRST PUBLISHED 2:31PM, OCT 29 2017
Heartbreak City did the same as what our horse did this year and he's a very similar sort of horse