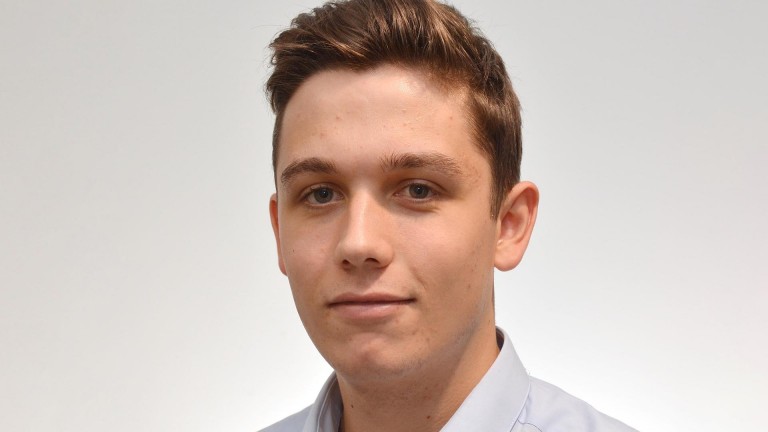 Racing Post reporter Jonathan Harding has been awarded the NCTJ trainee sports journalism prize at a ceremony at the Stadium of Light in Sunderland.

Harding's winning articles included an interview with Roger Varian and what was described as a "compelling" report on racing's plans to revitalise Epsom as a training centre.

Harding said: "I'm delighted to have won this award and am grateful for the opportunities afforded to me early in my career at the Racing Post. The sport is full of engaging stories and I've loved playing my part in telling them."

Popular hurdler Old Guard has been retired at the age of eight after suffering a tendon injury.

After making three Flat starts for Roger Charlton, Old Guard moved to champion trainer Paul Nicholls and opened his account over jumps in a juvenile hurdle at Newbury in November 2014.

He won seven more races over the course of 34 jumps starts, with Grade 2 successes in the International Hurdle at Cheltenham in 2015 and the National Spirit Hurdle at Fontwell being career highlights.

He was in the first on five of his seven starts last season but finished 17 lengths behind Vision Des Flos at Fontwell when seen for the final time in February.

Chris Humpleby, a former Racing Post journalist and racing secretary to Roger Varian, has been appointed as the new agent to jockey James Doyle.

Humpleby said: “I’m very thankful to have been given this opportunity by James and I’m looking forward to working with him. He’s a world-class rider and a top bloke, which will make my job very easy.

"It’s been great to get started and I can’t wait for the return of the turf.”

William Bethell has been appointed chairman at Pontefract after Lady Halifax stood down following nearly ten years in the role.

Halifax was a steward at the West Yorkshire track between 1982 and 2009 before taking up her role on the board and as chairman in February 2010. She has become the first person to be made a patron of the racecourse.

Norman Gundill, managing director and clerk of the course at Pontefract, said: "Lady Halifax has been an ideal chairman and we have worked together very well – I shall be very sorry to lose her.

"I'm nevertheless looking forward to working with William, who has a wealth of knowledge of the industry and continues a long family association with Pontefract as his father Tony was a director and chairman from 1979 until 1996."

The funeral mass for Nicky O'Connor, a long-time member of staff at the famous Dreaper stable who died on Thursday at Ratoath Nursing Home Co Meath, aged 89, takes place on Saturday at 11am in the Holy Trinity Church in Ratoath followed by burial in the adjoining cemetery.

A popular figure, O'Connor worked for Dorothy Paget and Charlie Rogers before joining Tom Dreaper in 1960.

"Nicky was a great character. He was here with my father during the glory years and looked after many good horses, including Straight Fort," Jim Dreaper said yesterday.

"He also looked after Carvill's Hill when I trained him. He enjoyed life during and after his retirement some years ago."

The racecard at Fairyhouse, his local track, today will pay tribute to him and a minute's silence will be observed.

FIRST PUBLISHED 6:51PM, NOV 28 2019
The sport is full of engaging stories and I've loved playing my part in telling them