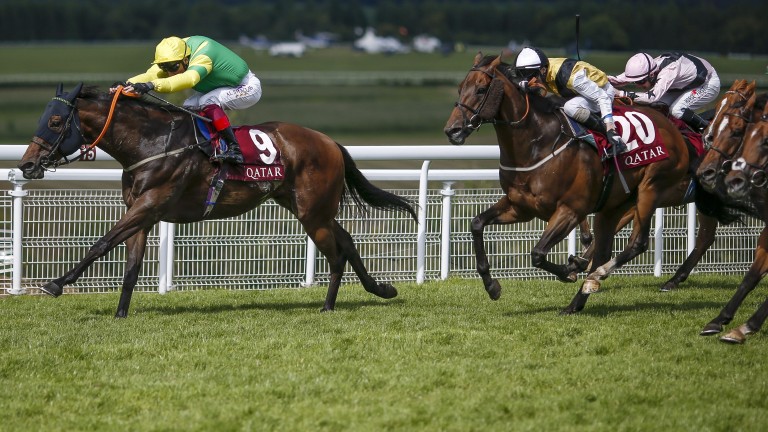 As well as Craig David, All Saints and Feeder, Ascot racegoers could see another rock star this Saturday, with last weekend's Stewards' Cup winner Lancelot Du Lac given an entry for the Dubai Duty Free Shergar Cup meeting.

The seven-year-old was one of 50 entries received for the five furlong Dash, and while it remains to be seen if Lancelot Du Lac will be back in action just seven days after the biggest win of his career, trainer Dean Ivory made full use of the free entry system for the fixture.

"We've got a few options," Ivory said. "It was free entry so I stuck him in and we'll see. It's probably more unlikely than likely, but it was a race I thought about some time ago."

Lancelot Du Lac would have to shoulder a 3lb penalty were he to run, but Ivory also has Tropics for the Dash. The nine-year-old was due to go for the Stewards' Cup but the soft ground was considered unsuitable.

"We've been very patient with Tropics, and Robert Winston and I were both thinking the ground wouldn't have done him any favours," Ivory added. 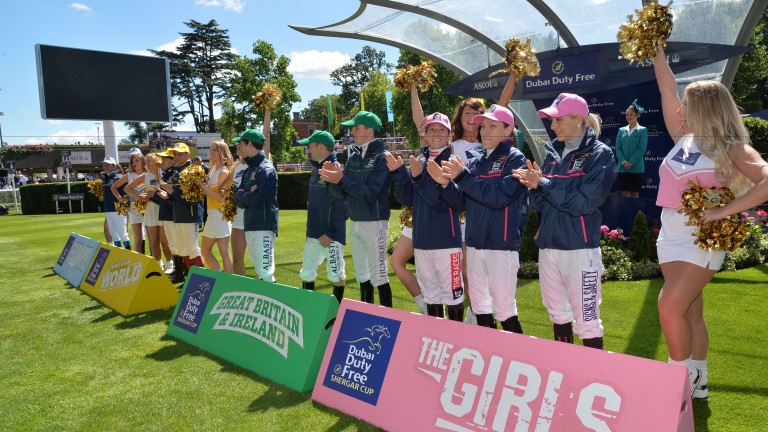 The Shergar Cup has successfully carved its place in the racing calendar, with the fixture pitting four teams of three riders from around the world against each other, and entries for the six races were made on Monday, though the 1m4f Classic was reopened.

Among the riders in action this Saturday is Melbourne Cup-winning jockey Michelle Payne, who had her first experience of Ascot at the royal meeting when partnering Kaspersky to be fifth in the Queen Anne, while Anthony Delpech from South Africa and Japan's Keita Tosaki are both making their Shergar Cup and British debuts.

There will be a full house of 30,000, with a post-race concert also taking place, and Ascot's director of communications Nick Smith reported on Monday: "We're totally sold out and have been for several weeks, so we're pleased about that.

"The whole event has gone from strength to strength and we're committed to the quality side of it by bringing in top riders from around the world.

"We get the chance to see Michelle have a full book of rides, bringing back Emma-Jayne [Wilson] is always very popular, and there are some new names as well."