Ivory and Yarrow target another big sprint with Stake Acclaim 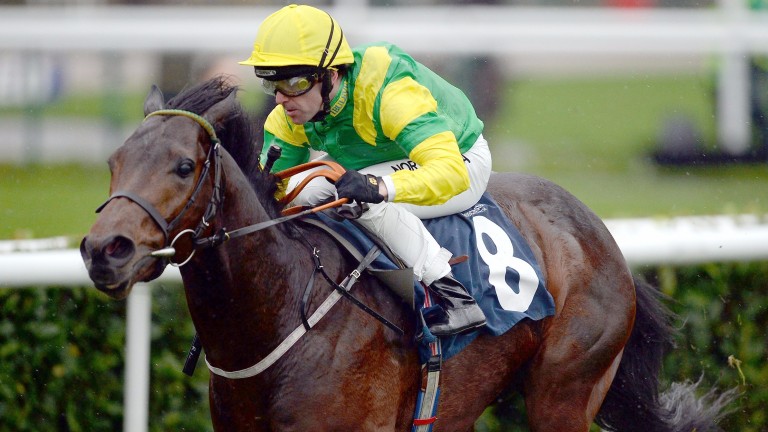 It has already been a summer to remember for Dean Ivory and long-standing owner Michael Yarrow, and Stake Acclaim has a leading chance of adding to their haul when carrying top weight in the second running of this valuable sprint.

Stake Acclaim's Shergar Cup Dash defeat of Sir Robert Cheval came just seven days after the trainer and owner had combined to land the Stewards' Cup with Lancelot Du Lac, and there was further joy for them when promising young filly Eirene took the Listed St Hugh's Stakes at Newbury on Friday.

Ivory, who was left feeling proud and frustrated in equal measure by Librisa Breeze's second to Massaat in Saturday's Hungerford Stakes, said: "It's a big ask under that weight but Stake Acclaim has a good draw and we'll try to keep it simple, as we did when he won his qualifier and finished clear on the rail.

"He does love to get his toe in and, while good ground would be fine, he'd prefer good to soft – and soft would be even better."

Strong contest for the grade

Last year's initial Sky Bet Windsor Sprint Finale had a top weight rated 102 and the remaining 13 runners all off 88 or lower. It's a measure of how the concept has quickly become a target for trainers as there is significantly more quality this time, with half the field running off 90 or higher.

Paul Cole, trainer of Upstaging
He ran a great race for David Egan when third in the Stewards' Cup and we're very happy with him. His draw looks good and he should run another good race.

Paul d'Arcy, trainer of Spring Loaded
I've protected his handicap mark for this race and I think he's got a decent chance, but he's been a bit unlucky with the weather in the past and I'm hoping they don't get too much rain, as ideally he wants it good to firm. He'll run whatever as this has been his target and he did run well in last year's Wokingham on good to soft.

Eve Johnson Houghton, trainer of Ice Age and Goring
Both were in the money last year. Ice Age is 'Mr Consistent' and very versatile with regards to ground and trip. He's very strong and I'm less worried about stall 11 than I might've been as they seem to be coming up the middle this year. Goring is also in great form and loves a bit of dig, so any rain will help him.

Amanda Perrett, trainer of Lightning Charlie, Parnassian and Open Wide
All three prefer better ground so we don't want too much rain. Open Wide is a really progressive top-of-the-ground horse who just found seven furlongs a bit too far last time. We'll find out more about Parnassian, who beat him in one of the qualifiers and is new to us. Lightning Charlie couldn't handle the ground at all at Goodwood but has a chance on his earlier Ascot win.

Joe Tuite, trainer of Secondo
I thought he ran a great race on his first start for me and then I dropped him back to five furlongs simply to qualify. He's not easy to train, and he's probably not easy to win with, but he's been targeted at this race.

John Bridger, trainer of Pettochside
It was his third race in a week when he disappointed last time, but he seems well again now. It's a tough race and five furlongs is probably better for him, but he likes Windsor and Josie [Gordon] knows him. He could do with rain, but it looks as though that's coming.

John Gallagher, trainer of Major Pusey
He seems to enjoy it at Windsor and has come out of his two quick runs well. It looks as though they'll get rain, which will suit him well, and from stall nine he can go either way. He deserves a nice race like this.

FIRST PUBLISHED 6:00PM, AUG 20 2017
Stake Acclaim has a good draw and we'll try to keep it simple, as we did when he won his qualifier and finished clear on the rail