Latest THE GATES ARE OPEN 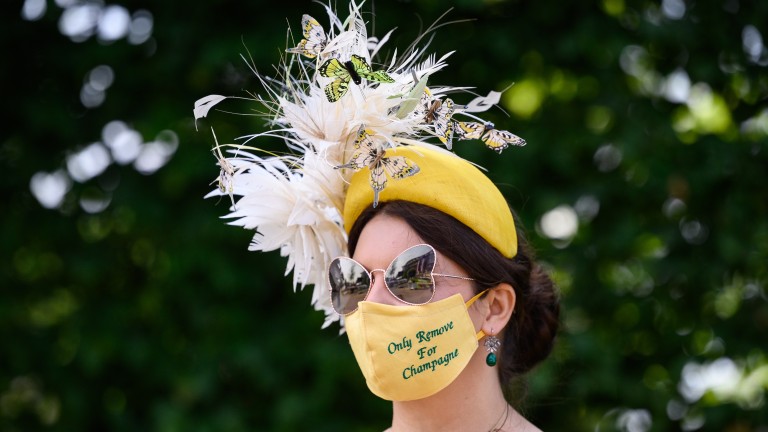 Only Remove For Champagne: a topical facemask on show at Royal Ascot
Leon Neal
1 of 1
By Lee Mottershead UPDATED 1:17PM, JUN 15 2021

At just after 2.30pm the identity of this Royal Ascot's first winner will be revealed. At just after 10.30am a different race was won.

The gates were slightly late to be opened, perhaps by a couple of minutes, but once the way was clear the first two racegoers to enter the racecourse were, according to their official name badges, Mr and Mrs Michael Birch. 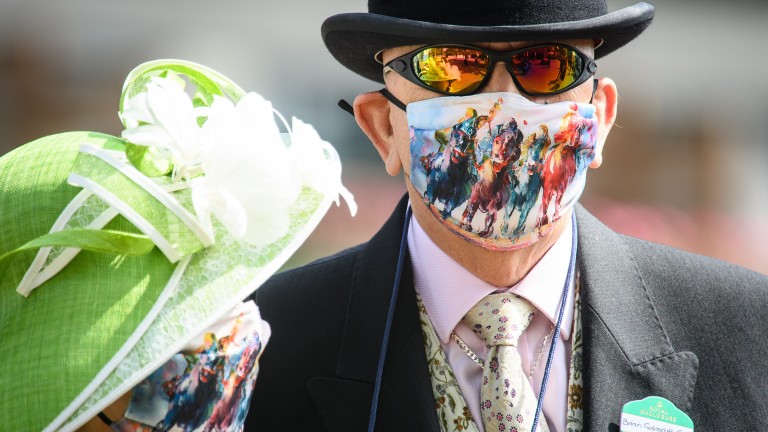 Like everyone else coming through the turnstiles, the Staffordshire couple looked extremely pleased to be here.

Twelve months ago Royal Ascot was held behind closed doors. It was strange, surreal and empty. It will not be empty today. It is not empty now. Ascot looks magnificent and there are people here to enjoy it – having first taken lateral flow and PCR Covid tests.

"It's so exciting to be here again," said Mrs Birch. "It's great to be back and to experience this amazing atmosphere and occasion. There's nothing like it." 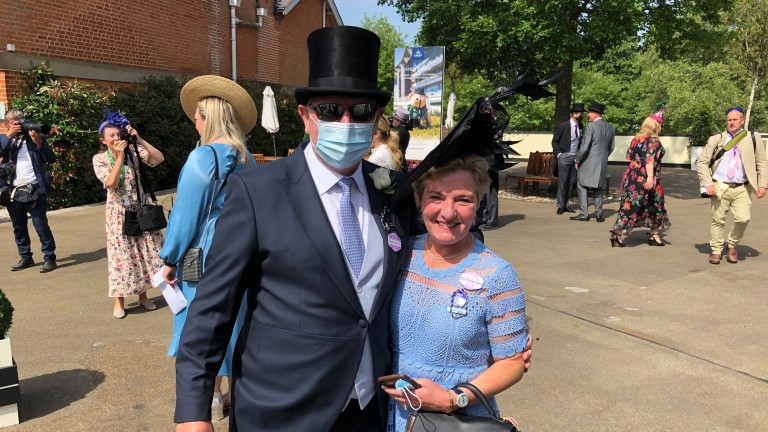 The two Royal Ascot Racing Club members will be pampered throughout the week. Yet it is not the fine food and wine that has most whetted their appetites. It's what they will soon be able to savour on the racecourse.

"We were at the Derby two weeks ago, and that was wonderful, but this is the world's greatest horseracing event," said Mr Birch, words that will have been music to the ears of Sir Francis Brooke, Ascot chairman and Her Majesty's representative. 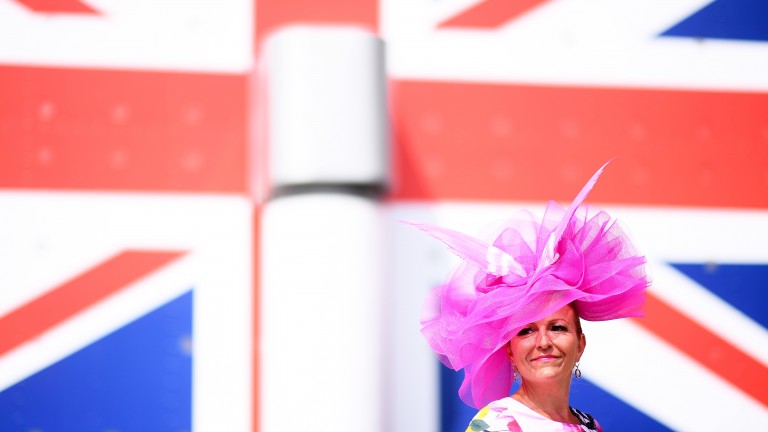 "We want this to be a really wonderful week of racing. We're also delighted to be supporting the test event. We've done everything we possibly can to make this an enjoyable and safe experience for everyone we're welcoming back to Royal Ascot." 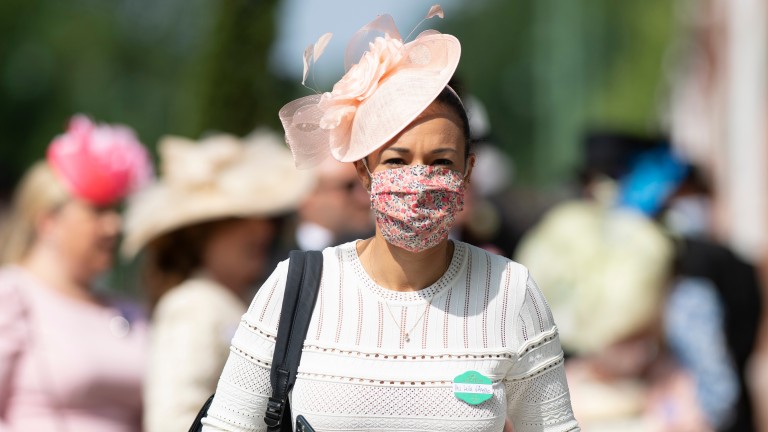 A racegoer arrives to Ascot for day one of the royal meeting
Edward Whitaker (racingpost.com/photos)

As people began to return to a place they could only last year watch on television, some walked towards the Warrens of Warwick sweet stall, keen to get early provisions.

"It's fantastic," said the stall owner Carol Warren. "I've been coming to Royal Ascot for 35 years. I love it. Last year was the first time I've missed it. It's so lovely to see people back here."

FIRST PUBLISHED 11:47AM, JUN 15 2021
We've done everything we possibly can to make this an enjoyable and safe experience for everyone we're welcoming back

Mickaelle Michel taking inspiration from Hollie Doyle ahead of Shergar Cup New option for Palace Pier as Qipco British Champions Day entries are revealed January date for trial of Royal Ascot protesters who deny aggravated trespass Charlie Appleby outlines plans for top three-year-olds Adayar and Hurricane Lane The King George was great but this Saturday at Ascot is far more important King George analysis: 'Adayar might not be the best colt in his stable'