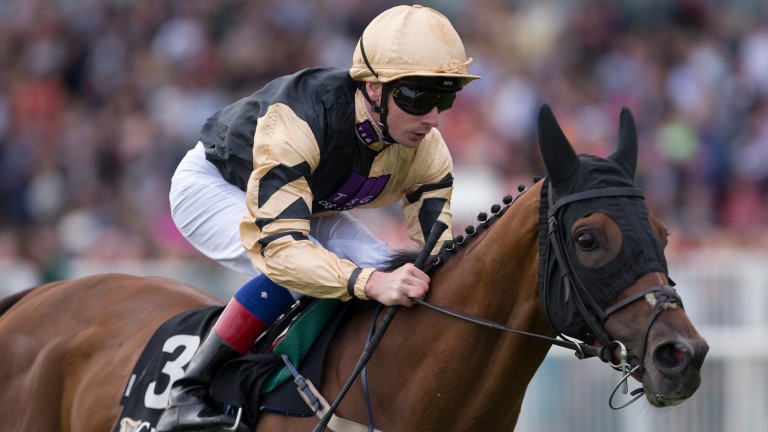 Self Sense is set to run as hot favourite in Wednesday's Galleywood Hurdle at Warrnambool, where he might face his toughest challenge from a horse who has not won a race in Australia and will be ridden by a jockey who has also yet to enjoy a victory.

Former Irish-trained Ivan Grozny takes top weight of 69kg into Wednesday's feature hurdle despite not having won a race since 2016.

His rider Will Gordon has not won a race in Australia from more than 20 rides and, although he has never ridden the horse, he knows his mount has the quality to test the likes of Self Sense.

"I haven't ridden him but I've looked through his form and his races in England and Ireland and he's raced against some good horses and won some good races," Gordon said on Monday.

Among Ivan Grozny's victories are his maiden hurdle win in Ireland by 12 lengths, a win in an Aintree hurdle by eight lengths and a Grimes Hurdle and Istabraq Hurdle victory – both at Tipperary – before he was sold to a group which includes avid jumps enthusiast Sandy McGregor to race in Australia.

When he made his first public appearance in Australia just 12 months ago, Ivan Grozny dominated his schooling session from the front and won by 60 lengths.

Gordon explained: "Willie Mullins had him back in Ireland and they used to race him in ear muffs so you know they are pretty keen when Willie does that. So, he's pretty free-going."

Ivan Grozny comes off an unplaced run over 3,600m (2m2f) at Oakbank but Gordon said the shorter trip of the Galleywood and that run under his belt places the horse in good stead for the jumps feature.

"He probably just lacked a run and I think he's a two-miler [3,200 metres] as well so this race should suit him."

Gordon, 23, began his career in Britain before riding with success over the jumps in New Zealand. He relocated to Australia last year and has based himself at Mornington since September.

Gordon gets a prime chance to break his maiden on the opening day of the three-day carnival as he takes the mount on another former import, Dormello Mo, in Tuesday's Brierly.

"Dormello Mo looks a good chance in the Brierly and I've got a couple of nice maiden hurdlers on the first day as well," he said.