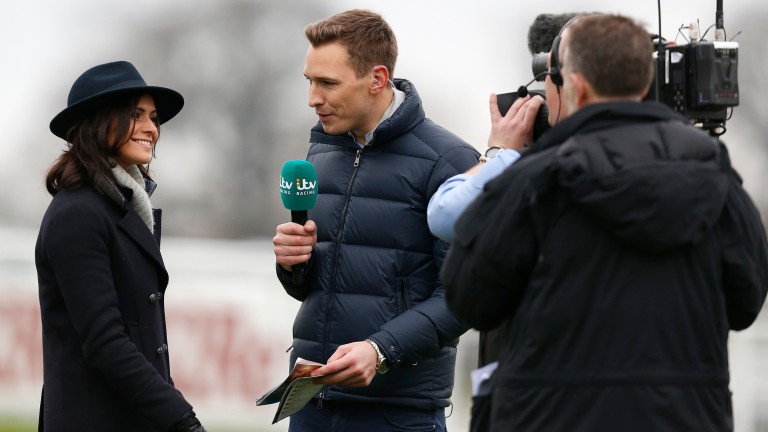 Oli Bell talks to weather presenter Lucy Verasamy at Sandown. Of the first Opening Show, he said: "It was our first go and there's lots we as a team can improve on off the back of an encouraging first crack of the whip"
Alan Crowhurst
1 of 1
By Jon Lees 7:35PM, JAN 8 2017

Racing has been handed a stark snapshot of the gulf between ITV1 and ITV4 after around half the audience that tuned into the New Year's Day launch on the main channel failed to migrate to its sister platform.

Viewers of the first Saturday afternoon broadcast by the sport's new terrestrial partner peaked at 419,000 – a 4.4 per cent share of the total TV audience – and averaged 325,000 for the debut screening on ITV4.

The network's January 1 programme drew a peak of 831,000 and average of 676,000, to beat the audience achieved by predecessor Channel 4 in the previous two years.

But the figures for racing on ITV4 fell below those of Channel 4 for the corresponding weekend last year, when the programme drew an average audience of 556,000, a 4.8 per cent share. They were also lower than the numbers that watched Channel 4 in 2015 and 2014.

Viewers for The Opening Show, ITV's replacement for Channel 4's long-running The Morning Line, averaged 125,000. Its predecessor was believed to average 200,000, although no comparable figures were available.

ITV won the four-year contract to cover racing in the expectation it would reverse the slide in viewing figures that ultimately brought an end to Channel 4's association with the sport.

ITV has committed to showcasing the biggest meetings on its main channel, but between New Year's Day and the Cheltenham Festival all racing will be screened on ITV4.

While racing, the highlights of which were the Tolworth Hurdle and veterans' chase final, was shown on ITV4, Arnold Schwarzenegger movie Kindergarten Cop was being watched by an average audience of 812,000 – an 8.5 per cent share – which peaked at just under one million. 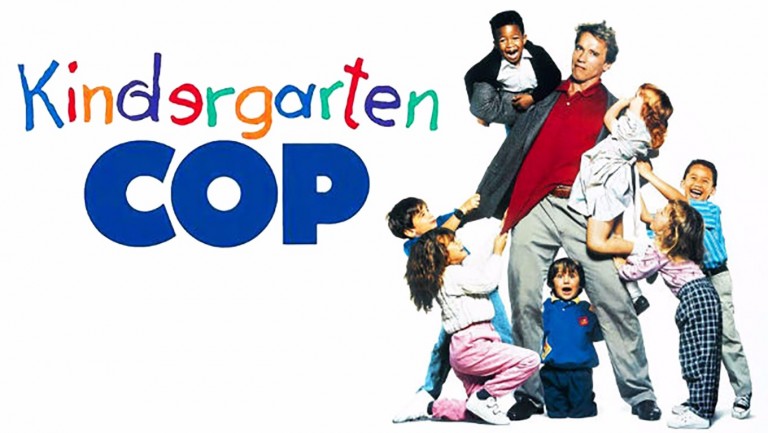 Kindergarten Cop: attracted an average viewing figure of 812,000 on ITV1 when the racing was on ITV4
ITV would not comment on their latest figures, but a source said: "The start of our racing coverage on ITV4 was very encouraging, following the first day on the main channel on New Year's Day."

The Opening Show has a permanent home on ITV4 and aired an hour later than The Morning Line, fronted by 29-year-old Oli Bell, one of the presenters new to terrestrial television.

The programme was well received, but Bell has already found things to work on having watched it back.

"It was our first go and there's lots we as a team can improve on off the back of an encouraging first crack of the whip," he said. "I have made three A4 pages of personal notes and show notes.

"There are personal things I would like to work on. I blinked quite a lot, a bi-product of nerves, I was fidgeting a bit more with my hands perhaps, and a couple of my questions were a bit long."

Among changes identified, Bell said news of market movers could be pushed towards the front of the programme, but he hoped the show could maintain the same level of content.

He had particular praise for the contribution of Victoria Pendleton, the former Olympic gold medal-winning cyclist who presented the first in a series of behind-the-scenes features.

"On the first day a lot of people were asking why Mick Fitzgerald was asking Victoria about riding over a fence when he'd won a Gold Cup," Bell said.

"That was to introduce Victoria as a racing person, so when she does these features you can see her enthusiasm and understand she has a bit of knowledge, for all that she's relatively new to the sport. That was played out perfectly yesterday." 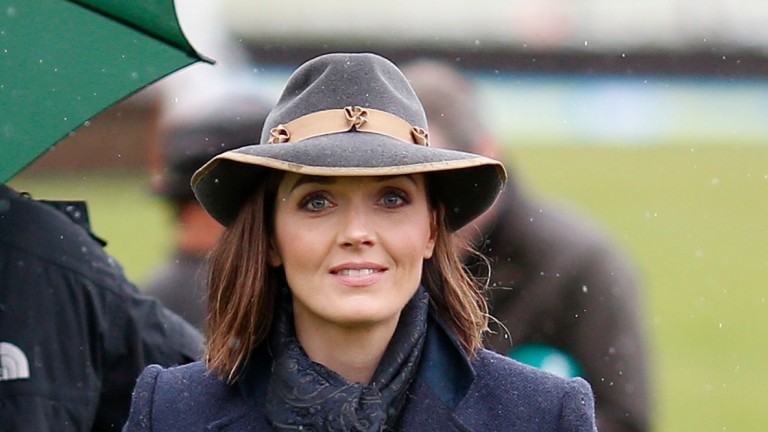 Victoria Pendleton: "You can see her enthusiasm and understand she has a bit of knowledge, for all that she's relatively new to the sport"
Alan Crowhurst
"This is a new programme on a new channel for racing fans at the start of a new era for television coverage of this sport. If next week there are a few more people watching it, or come Cheltenham or Royal Ascot so that there is a growth with the show, then I'll personally be satisfied we're on the right track."

On the afternoon show, Bell said early teething problems had been addressed.

"I think we all learned a lot from January 1," he added. "The graphics were instantly clearer to read and, moving forward, I'd like to think ITV is a company willing to adapt and change where necessary.

FIRST PUBLISHED 7:35PM, JAN 8 2017
If next week there are a few more people watching it, or come Cheltenham or Royal Ascot so that there is a growth with the show, then I'll personally be satisfied we're on the right track