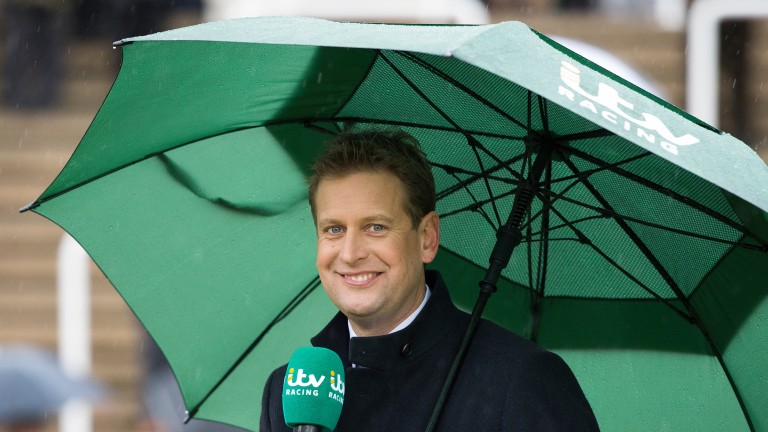 Three contests on the opening afternoon of the Dublin Racing Festival have been made available to the biggest possible audience after ITV secured approval to add Leopardstown to a bumper programme that now features nine races.

Live Irish racing has been missing since ITV returned to the sport at the start of 2017 but the transfer of direct-to-home rights to the Racecourse Media Group-owned Racing TV has helped to facilitate a move that will be welcomed by viewers.

We're covering LIVE racing from Ireland for the first time ever on Saturday!

It's going to be a historic edition of The Opening Show

A recording of the BHP Insurance Irish Champion Hurdle, due off at 1.25pm, will be shown shortly after ITV4's programme begins at 1.30pm.

Gaining occasional access to Irish action has become an ambition for ITV, which had hoped to this year screen a handful of the country's major Sunday meetings. That has not yet been possible but ITV has worked with RMG, Leopardstown and Lingfield's Arena Racing Company owners to enhance Saturday's offering.

ITV's output had been due to include two races from Musselburgh and the principal event at Wetherby but both meetings have been cancelled due to frozen tracks.

A spokesperson for RMG said: "With the cold snap in the UK causing the loss of Musselburgh and Wetherby’s racing, the opportunity arose for ITV to cover some of the Dublin Racing Festival alongside Sandown and Lingfield. ITV’s focus is on showcasing British racing, but when the right moment arises, such good quality racing from Ireland certainly adds to the ITV coverage."

RMG and Horse Racing Ireland have faced criticism since the sport switched from the former At The Races to a channel based on a subscription model. In a bid to attract customers RTV is therefore offering new customers in Ireland and Northern Ireland reduced subscriptions of €12 or £10 a month.

For what will be its most important Irish coverage yet, Nick Luck and Dave Nevison this weekend join the Gary O'Brien-led RTV team.

FIRST PUBLISHED 2:11PM, FEB 1 2019
ITV?s focus is on showcasing British racing but when the right moment arises, such good quality racing from Ireland certainly adds to the ITV coverage