It's smiles all round as bumper bonus is swept up 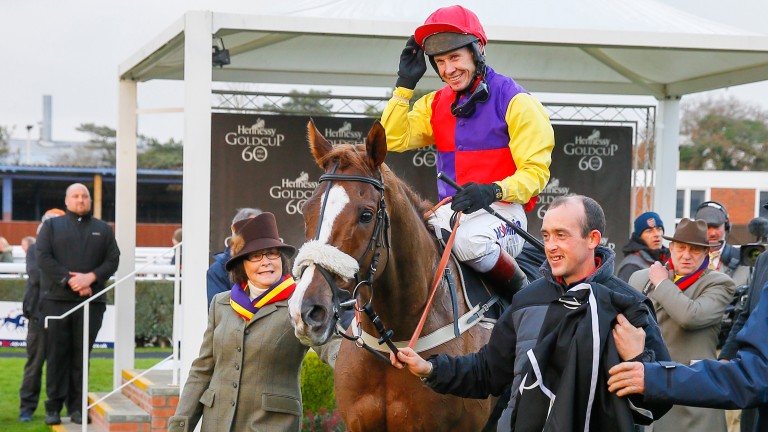 All punters have a similar story. The two Norfolk pensioners with one bonus ticket picked the right stable but the wrong inmate in their quest to add the £314,482 bonus to their Scoop6 success last week.

Instead it was one anonymous syndicate ticket that trousered the bonus after being the only one of seven tickets to go for Native River.

Peter Riley, 67, and Richard Delf, 73, who picked stablemate Theatre Guide, were still smiling after their first VIP day out at the races celebrating last week's share of £98,132 from their £24 stake.

The syndicate, taking its winnings to £412,614 from its perm, had to hold its collective breath as Carole's Destrier put in a flying finish and if he had won there would have been a mammoth rollover in the bonus fund.

Saturday's Scoop6 was not won after the final two tickets fell in the fifth leg to leave £137,706 starting in the fund for Betfred Becher Chase and Betfair Tingle Creek day next Saturday.

Both tickets were on runner-up Bristol De Mai who found Otago Trail too good at Newcastle.

There was a nice consolation for 20 tickets that had selections placed in each of the six legs as the place dividend was £1,104.60.